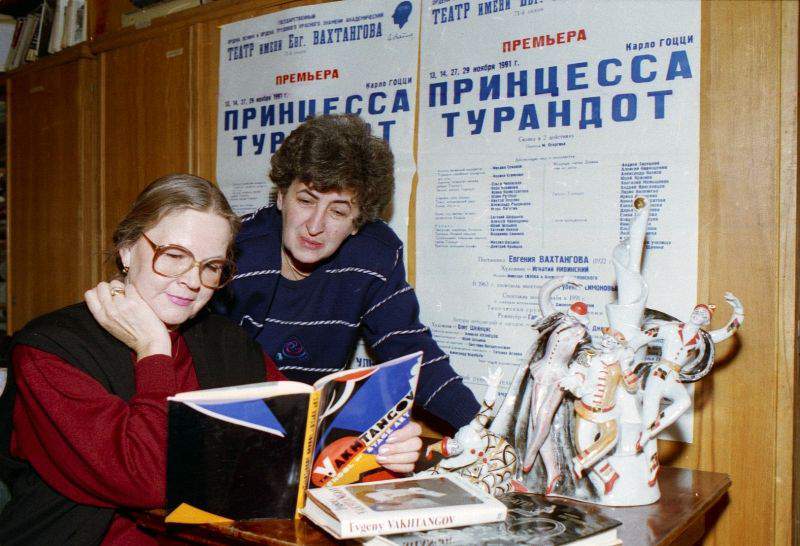 The museum attached to the Theatre, named after Evgeny Bogrationovitch Vakhtangov, was officially established in 1931 at the initiative of his students. It was founded by the Theatre Social Council.

In the first instance, and as early as in 1913, it was Evg. Vakhtangov’s wife – Nadezhda Mikhailovna – who started collecting the material that served as the basis for the establishment of the Museum and, subsequently, of Evg. Vakhtangov’s Memorial Flat.

Also housed in the museum are playbills, programme booklets, printed music, negatives and photos of the performances, minutes of Arts Council meetings, press coverage of tours, directors’ journals, and creative dossiers of the actors and directors.

The Theatre Museum is an educational research institute; its research associates take an active part in the preparation of books on the history of the Theatre named after Evg. Vakhtangov, and books devoted to the work of the actors, directors, composers, and artists who worked at the Theatre at different times. They also contribute to the making of films about the Theatre and its workers.

In the lobby of the dress-circle there is a permanent exhibition dedicated to the history of the Theatre and the performances that have constituted its glory. Spectators attending the Theatre to see any performances now are able to familiarize themselves with this exhibition.

In addition, the Museum frequently holds short-term exhibitions to coincide with memorable dates in the life and history of the Theatre.

The Museum itself is also located in the dress circle. It occupies one room where the major part of the archive and the art history library are located.

Undergraduate and postgraduate students, critics, and theatre historians come here to work with documents housed in the Muesum.

After his death, E.B. Vakhtangov’s widow, Nadezhda Mikhailovna, allocated his study for a display that includes authentic pieces of furniture, the library, playbills and programme booklets of performances, and photos taken during those years of E.B. Vakhtangov, his performances, his teachers, and his colleagues. Each photo is accompanied by a presentation inscription.

To visit the apartment-turned-museum of E.B. Vakhtangov, please make a prior arrangement with the employees of the Museum. 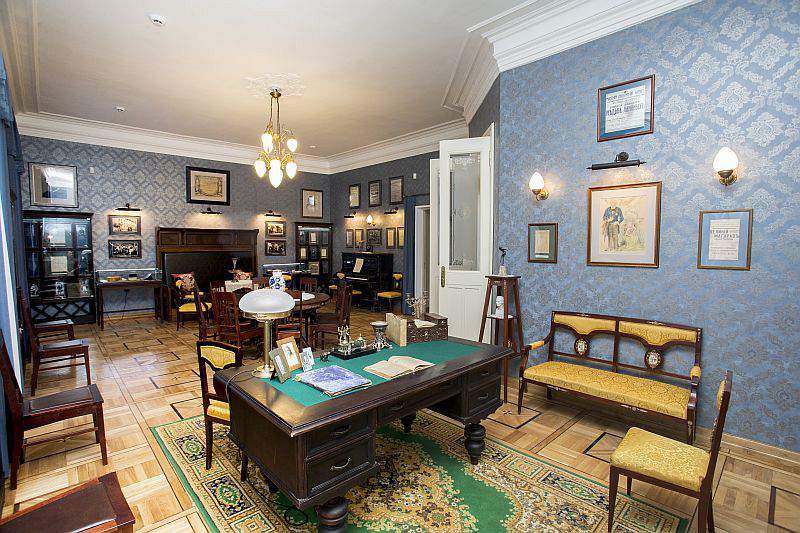 The Vakhtangov’s Memorial Flat (located on the Denejny Pereulok 12, flat 1) where Evgeny Vakhtangov lived during his last four years of life was opened 15 February, 2010.

From the very beginning the staff of the Memorial Flat is open for all the visitors to tell about the Vakhtangov’s life and artistic heritage, his studio and dramatic teaching in the theatre.

Together with the department of the artistic declamation of The Shukin Theatre Academy and under the Vasily Lanovoy’s supervision the so-called “Readers’ Nights” are held in the flat. This tradition of actors and theatre scholars’ lectures was started by Vakhtangov and then was supported by other theatres.

There also are weekly lectures for the students of The Shukin Theatre Institute on the history of The Vakhtangov Theatre (including the first decade after Evgeny Vakhtangov’s death), and on his life, creative and teaching work.