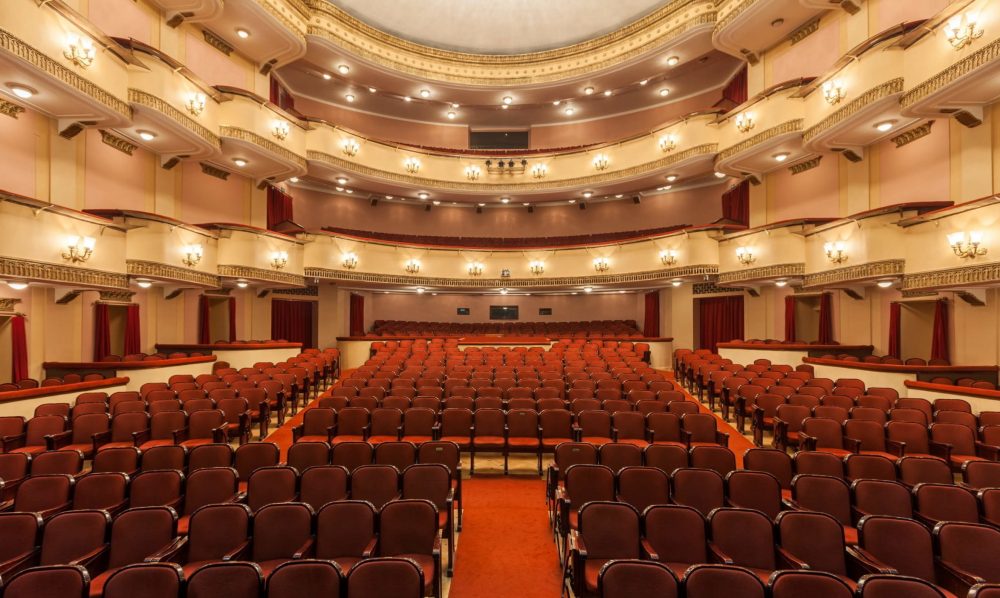 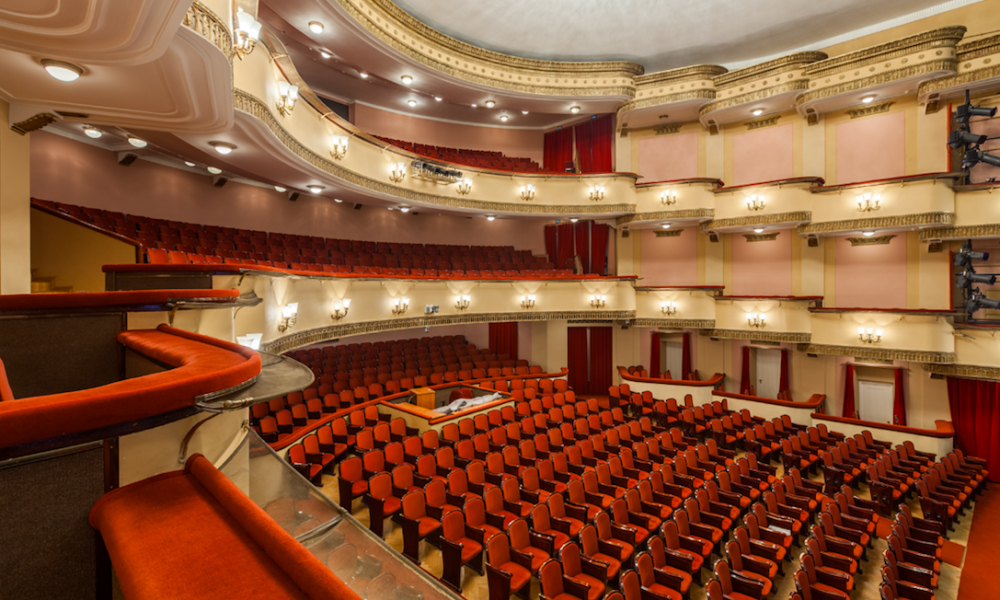 The Vakhtangov Theatre Main stage is located in the very heart of the cultural centre of Moscow, in the famous Arbat street.

October 13, 1921 ‘The miracle of Saint Anthony’ by Maurice Maeterlinck opened the first Vakhtangov theatre building. It was not a playhouse actually; in origin this was a private house built in the XIX century for a manufacturer Vasiliy Berg. The first production of the company was successful but the popularity of the second production was overwhelming. ‘Princess Turandot’, a commedia dell’arte play by Carlo Gozzi, appeared to be a real masterpiece.

In 1930s, there was a general reconstruction of the theatre building. Marble staircases, some furniture and interiors were kept. But the exterior of the building was changed completely according to the standards of the Constructivism architectural style. A new large auditorium for 1,055 seats was constructed instead of an inner yard.

In 1941, during the World War II, the Vakhtangov Theatre was severely damaged by an air bomb. The new playhouse was opened at the same site in 1948. A private box at the Stalls level with a separate entrance and a bombshelter was constructed by the special order of Joseph Satalin, the USSR leader.

The State Academic Vakhtangov Theatre is situated in the heart of the Russian capital, and on Stary (Old) Arbat, one of its oldest and most famous streets. Starting in 2008, one aspect of the theatre is renovated every year. As a result, the sound and lighting equipment of the Main Stage is amongst the best in Russia. In the summer of 2011, the Main Stage auditorium was also reconstructed; it now has a new oak floor, elegant audience seats, and the hall’s interior décor has been restored. 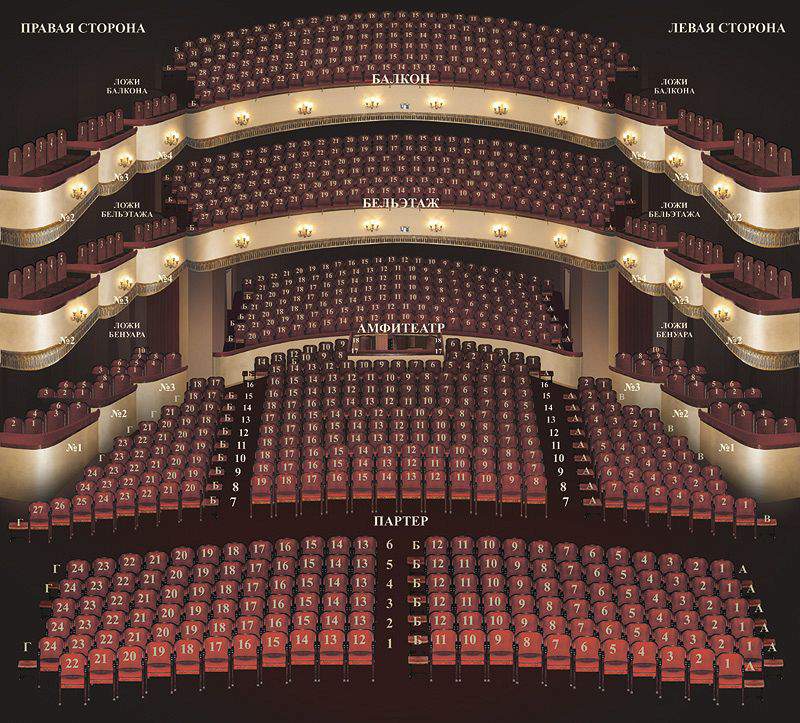