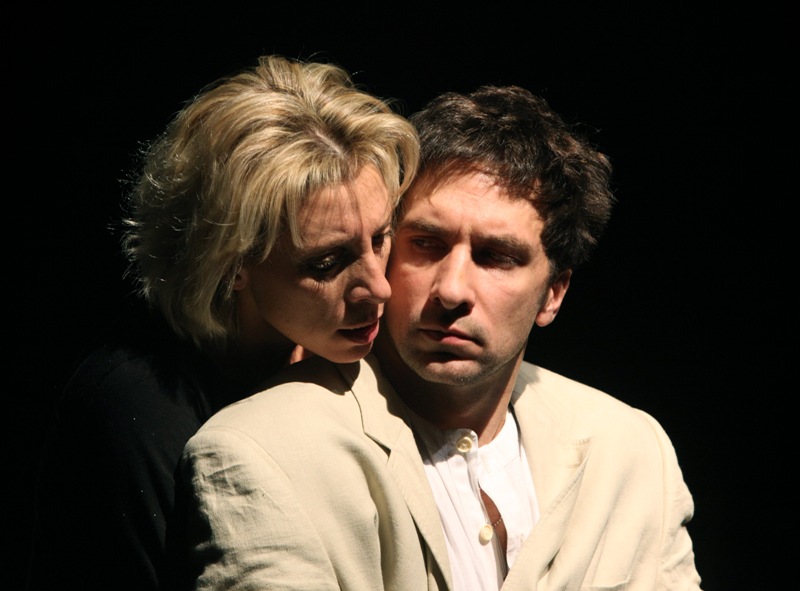 Director – |Michail Tsytrinyak, artistic director – Mariya Rybasova, costume designer – Viktoria Sevryukova, composers – Boris Kiner and Aleksander Prokopovich. In the play also participate: Andrey Zaretskiy, Inna Alabina, Natalia Moleva, Vasiliy Simonov, Aleksander Soldatkin, Fyodor Vorontsov, Vladislav Gandrabura, Yelena Melnikova, Irina Kalistratova, Anastasiya Vasilieva, Aleksandra Platonova. Anouilh’s tragedy is very timely. In the time of immoralism and cynism, money power and loss of values it is essential to stand for one’s individuality, fight the philistinism and realize that the person should stand out of the crowd. Anouilh’s “Medea” is a result of adaptation of Euripides’s play. It is closer to us in terms of language and dialogues. However, Medea lives in hwr yesterday because she has no tomorrow. Yason’s betrayal is not only the loss of love but also the erosion of her living space and harmony of soul. There is no winner in this fight because it is the conflict of honour and pride versus “common sence”. The death is an acme of one’s freedom and strength. Medea falls off the edge of the earth with her children as she cannot leave them to Yason who is the symbol of philister’s indifference and vulgar equality. Medea’s death is her victory, not a loss. The final set-up is a metaphor. Medea is compared to Nika, the Greek symbol of Victory.