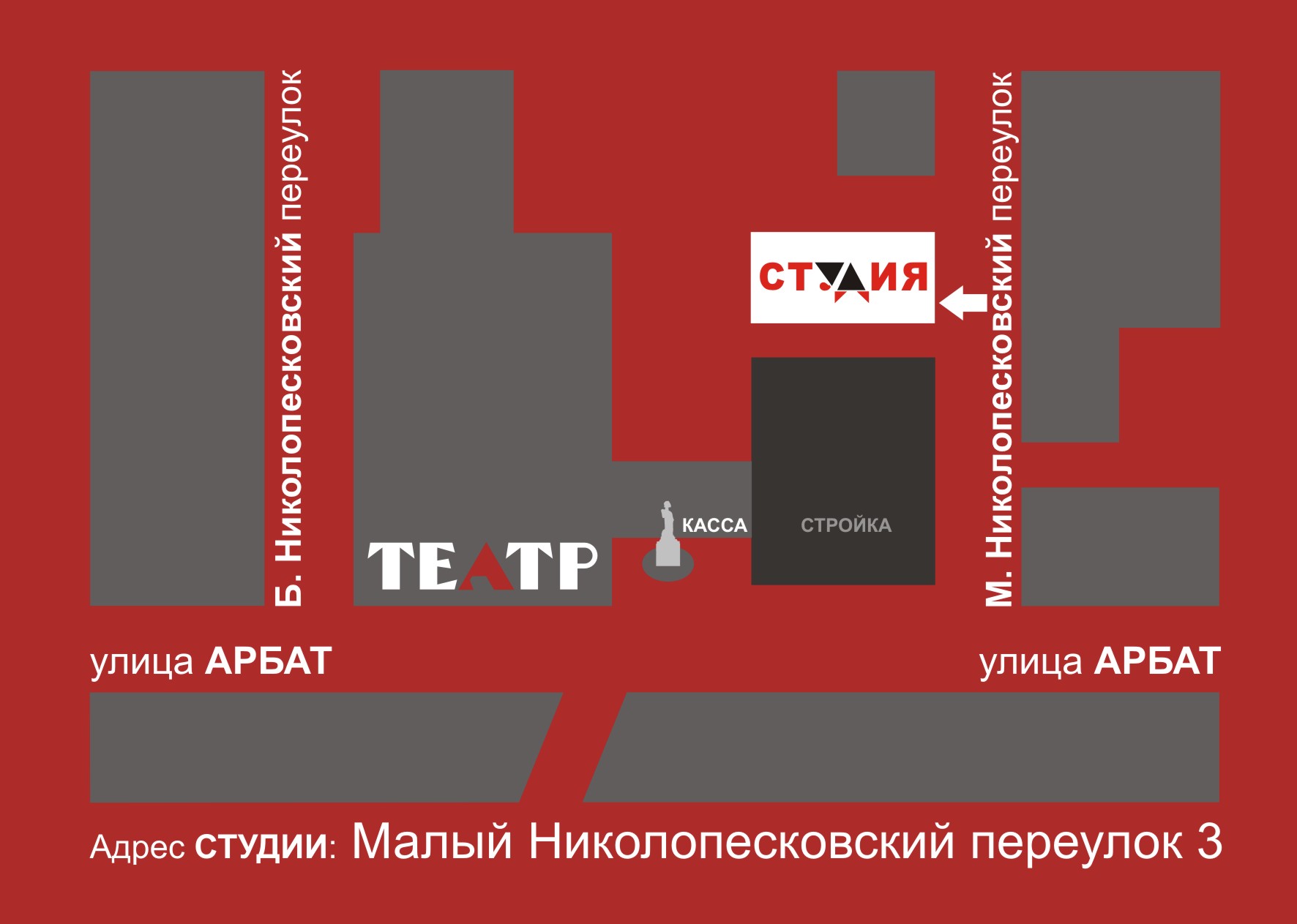 In September 2012, the First Studio of Vakhtangov Theatre started its work; it arose at the initiative of the Artistic director Rimas Tuminas. This event should be called significant since R. Tuminas realized a cherished dream of the founder of the Vakhtangov Theater Eugene Vakhtangov, who believed that the creative team that lives by the principle “School – Studio – Theatre”, is not subject to the destructive passage of time.

As you know, the school of the Vakhtangov theatre is powerful. The best graduates of the Higher Theatre School of Boris Schukin annually join the glorious company. That does not preclude the need to establish the studio by the theater, where young people could, in practice, on their way to the big stage, carry out their most original ideas. R. Tuminas gave them such opportunity, thus having fulfilled the precept of great Vakhtangov.

Last summer, after an audition of more than three hundred volunteers, only 24 candidates were selected. Except for the Shchukin School graduates, the graduates from the Theater School of M. Shchepkin, RATI (GITIS), School –studio at the Moscow Art Theatre, Saint – Petersburg Institute of Theatre, Music and Cinema named after A. Cherkasov, were accepted.

For the young actors, talented directors, who are at the beginig of their career and those more experienced, the Studio at the Vakhtangov Theatre – is a base for experiments and making of one’s own work, where one can exercise creativity without fear of being misunderstood. Any fantasy is encouraged here… which is the main condition for the existence of the Studio; its main objective is a real, true  theater, that stirs one’s heart and nourishes the mind and does not tolerate indifference and meaningless fuss…

Proper conditions were created for the work of young enthusiasts. A special theater space in an old mansion behind the Vakhtangov Theater was born. It is fully equipped with modern lighting and sound equipment. Financial support of the Studio actors is provided as well.

At the beginning of the new season, the First Studio of the Vakhtangov Theatre started working on two projects: the play by L.Pirandello “Six Characters in Search of an Author” – directed by Oleg Gerasimov and Aristophanes’ comedy “The Birds” directed by Mikhail Milkis. Literary material is extremely complex. Each director has his own way of working, his own vision, the young actors’ way is not easy. And, while this search is risky and unpredictable, the youth with its enthusiasm and desire shall still dare and achieve victory.