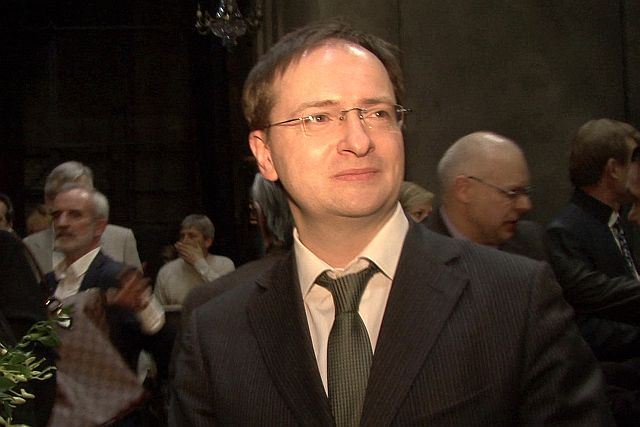 Minister of
Culture of the Russian Federation Vladimir Medinskiy has handed the state awards
and honorary titles to cultural figures, assigned by the president of Russia.Rimas Tuminas, an artistic director of the Vakhtangov Theater received the
acknowledgement of President Vladimir Putin. The ceremony took place at the
Bolshoi Theatre.

“What are the main treasures of our Land? Oil and gas? These are not the most important things.
The people who create and invent are essential” – said Vladimir Medinskiy.
He noticed that the workers of culture have different attitudes to titles and
awards, considering that the ground for them – the love of people. “Each of
you has it, but the attention of the country is a confirmation of this
love” – reinforced the Minister in his speech.