On June 28 in Tel Aviv the “Golden masque” 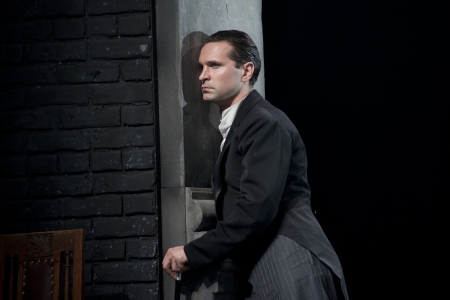 theatre festival will start its work within the framework of the IX International Gesher Festival sponsored by the Ministry of culture of the Russian Federation. The festival will be opened by the Vakhtangov theatre’s “Eugene Onegin” (scenes from A.S. Pushkin’s novel). The Vakhtangov theatre actors taking part in the performance will include Lyudmila Maksakova, Irina Kupchenko, Alexey Guskov, Vladimir Simonov, Evgenia Kregzhde, Olga Lerman, Victor Dobronravov, Oleg Makarov, Vasily Simonov, Jury Shlykov, Alexey Kuznetsov, Elena Melnikova and others.

NEWSru.co.il: news of Israel 2005-2014, on the eve of the Vakhtangov theatre actors arrival informs:

“The production director of the performance – Rimas Tuminas , art director of the theatre – a master of metaphors and ironical riddles, shows “the encyclopedia of Russian life” in a new light. Here Pushkin sounds joyfully, with inspiration and melody. It seems this is exactly the way he could read his works himself. The theatrical action completely bewitches the public and flies in one breath.

The scene does not have the habitual signs of the landed gentry paradise. The music of Faustas Latenas sounding from the very first minutes of the performance makes the spectator slip into a lyrical state of mind. Along the sides of a practically empty scene ascetic structures of walls and columns are erected, and in the centre of the stage there is a huge mirror in which reflections of the heroes come to life (scenography by Adomas Yatskovskis).

From the whole set of heroes, from the chaos of metaphors which are interesting to be solved, before our eyes, the mosaic of this poetic performance is being gathered as if from splinters – the performance at once ironic, grotesque, gentle and touching”.

The “Eugene Onegin” play will be shown in Tel Aviv on the Gesher theatre stage on June 28 and 29.

Within the framework of the “Golden masque” festival the legendary performance of the theatre studio of Peter Fomenko “Wolves and sheep” and the “Without a name” play directed by Evgeny Marchelli will also be shown.