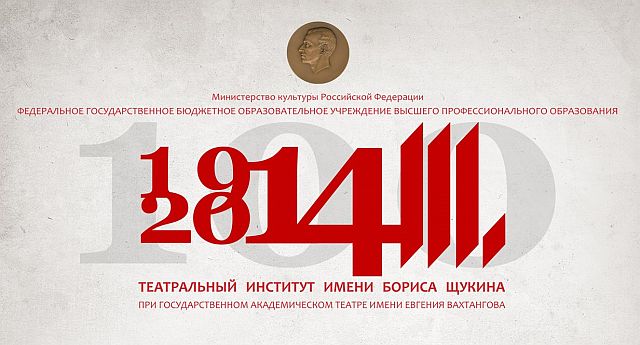 The School first celebrated its birthday on October 23, 1951. The School birthday was the idea of the then director Boris G. 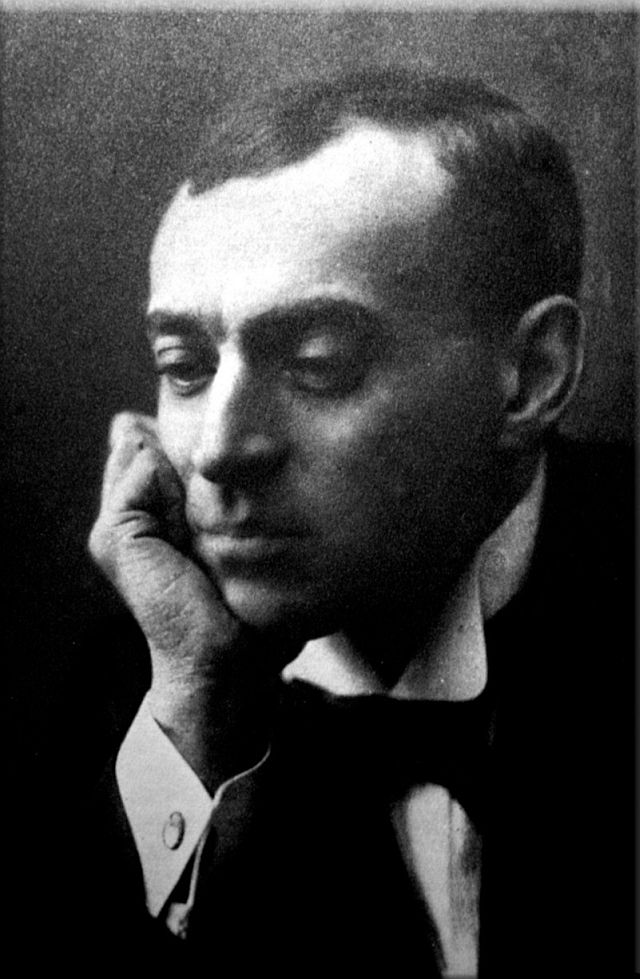 Kulnev. Together with Boris E. Zahava they, after lengthy discussions, decided to consider the School had been born on October 23, 1914 when Evgeny B. Vakhtangov delivered to his students the first lecture on K.S. Stanislavsky’s system.

In fact, it all began as far back as in November, 1913 when a group of five students of Moscow higher educational institutions decided to form an amateur Student drama studio.

At one of the meetings the students agreed to invite Evgeny B. Vakhtangov, an actor of the First studio of the Moscow Art Theater, a pupil and follower of the ideas of Konstantin S. Stanislavsky – to teach them.

On December 23, 1913 Evgeny Vakhtangov began the first lesson at the Student drama studio. Vakhtangov was never tired to repeat: “THEATRE IS A FEAST. One should come to the studio in a festive mood. It is necessary to have silver bells tinkle in the artist’s soul! Or huge bells chime! One cannot create anything in an ordinary, everyday, routine state of mind!”.

March 26, 1914 was the day of the first performance staged by the Studio – “The Lanins manor”. It was an utter and complete failure. However, nobody was sad, and Vakhtangov cheerfully told: “Oh yes, here we have failed!” … When the fun was at its highest the voice of the designer Yury Romanenko was heard: “Let us join hands, – he said, – and form a chain!… Now let’s keep silent for a minute, and let this chain link us for ever to each other in art”. Afterwards Vakhtangov often told his students: “Hold the chain!”, thus defining the very essence of his studio.

After the failure the Art theatre prohibited Vakhtangov to work at the Studio, but the students agreed to tell nobody about their lessons, and Vakhtangov never left his charges.

In the autumn of 1914 they rented a small apartment for studies in the Mansurovsky lane (between Ostozhenka and Prechistenka), and began to call the studio “Mansurovsky”.

In the spring of 1917 after a successful show of the students works the Mansurovsky studio obtained the name of the E.V. Vakhtangov Moscow Drama Studio.

On September 13, 1920 the Vakhtangov Studio was accepted in the family of the Art theatre under the name of the 3rd Moscow Art theatre studio. Its first performance was M. Meterlink’s play “Miracle of St. Anthony”. This one-act play and the celebration concert on November 13, 1921 opened the studio’s own premises at 26 Arbat, which has housed the Vakhtangov Theatre ever since. This day became the Birthday of the Theatre to be named after Evgeny Vakhtangov.

In 1922, after E.B. Vakhtangov’s death, the question of the further independent existence of the 3rd Moscow Art theatre studio arose. To manage it the Studio participants created an artistic board. But in 1923, V.I. Nemirovich-Danchenko, taking part in the decision of major problems of the life of the Third Studio, appointed Yu. A. Zavadsky its director. However, Yury Zavadsky resigned already in 1924, having been at the head of the 3rd Studio less than a year.

It was then the Studio was “cut off” from the Art theatre and became the State academic studio named after Evgeny Vakhtangov. Osvald F. Glazunov was unanimously elected its new director to hold the position from 1924 till 1932.

In the winter of 1925 O.F. Glazunov signed the order to appoint Boris Ye. Zakhava head of the teaching and educational department of the Studio. It was Boris Zakhava who in 1924 formulated the idea which was to form the basis of the “multi-chair” method of teaching at the Vakhtangov school.

In 1926 the Studio gained the status of a Theatre with its own permanently operating drama school. In 1932 the School was promoted to a theatrical college.

On January 1, 1937 the School moved to a specially erected building in the Bolshoy Nikolopeskovsky lane (designed by the architect N.A. Kruglov).

The School has never interrupted its life, continuing it even in the times of hardships. When during the Great Patriotic War it was moved to Omsk together with the Theatre, the teaching process continued there. It was suspended only in August, 1942 – for there were absolutely no conditions for study. Returning to Moscow in the autumn of 1943 the School resumed its work in its native premises where it has existed till nowadays.

In 1945 the School became a higher educational institution and obtained the name of the Boris Shchukin Higher drama school at the Evgeny Vakhtangov State academic theatre.

In 2003 the School was transformed into the Drama institute named after Boris Shchukin. It was the Vladimir A. Etush, remaining the art director, was succeeded at the position of the rector by Evgeny V. Knyazev.

A century has passed. Summing it up, we can state that the Boris Shchukin Drama institute – Vakhtangov school – has much to be proud of.