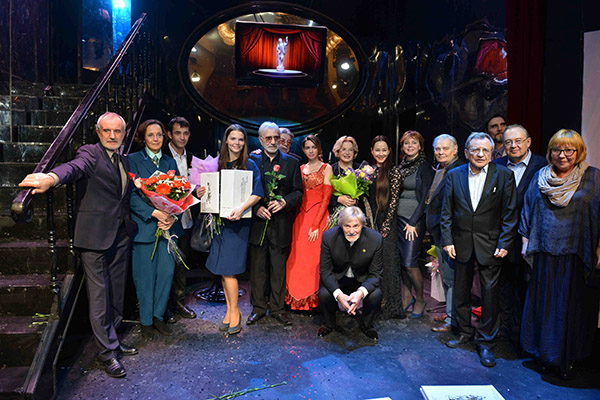 On March, 8 the fifth awarding ceremony of “Figaro”, the Russian National Andrey Mironov Award, was held on the stage of the “Russkaia Antrepriza” Theatre.

The artistic director of the Vakhtangov Theatre Rimas Tuminas and the People’s Artist of the USSR Vladimir Andreev were awarded in the nomination “For the Devotion to Russian Repertory Theatre”.