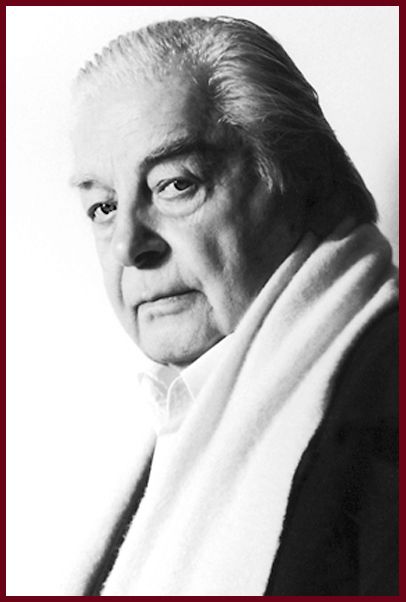 On September 30, the birthday of Yu.P. Liubimov, the Vakhtangov Theater is to host a presentation of Yuri Liubimov Public Award for the first time.

Yuri Liubimov Public Award was founded by “Yuri Liubimov Charity Fund for Development of Theatrical Art” non-profit organization in view of the 100th anniversary of Yu.P. Liubimov’s birthday and will be awarded beginning from 2015.

The title sponsor of the Award is VTB24 Bank (Public Joint-Stock Company).

Yuri Petrovich Liubimov was a Professional and a Citizen, and he always valued and encouraged these qualities in people, throughout all of his long life. More than ever before, the relevant issue of today is searching for and finding the people who give all their efforts to their work, despite all kinds of difficulties, regardless of whether they are scientists, workers or creative persons. It is them who create the future of their Homeland wherever it is because lack of real professionals is a relevant problem in all countries of the world. Russia was always famous for its extraordinary people who managed to achieve the highest success in their occupation. The award calls on us to return to the origins created in the centuries of history. We have to learn to notice and value the people devoted to their craft and achieving the highest success.

This award is annual and should be given for high professionalism, devotion to one’s occupation and for clear manifestation of one’s citizenship.

Candidates for the award may have any job but should meet the above-mentioned criteria.

Nomination of winners is made upon the decision of the committee made up of the members of the Fund’s Board of Trustees.

During the day of September 30, 2015 Russian news agency TASS will host a press conference for the presentation of the Award, attended by N.D. Solzhenitsyna, Ye.Yu. Sidorov, B.A. Messerer, R.V. Tuminas, К.I. Krok, Katalin Liubimova, М.М. Kozhokin (Deputy Chairman of the Board, VTB24). The press conference is conducted by M.S. Gusman. During the press conference, several telebridges are planned.

The following candidates are nominated for the Award:

He is an author of a series of large monographs, a number of analytical studies and articles published both in Russia and abroad. The founder of the scientific yearly periodical “Disarmament and Security” published by the Institute for International Relations and World Economy at the Russian Academy of Sciences – a unique publication for Russia, the main goal of which is the study of issues related to strengthening international stability from the viewpoint of ensuring Russia’s national interests. A participant of many international joint research projects on problems of strategic offensive and defensive arms and international arms control treaties. An active member of largest scientific forums and conferences on war prevention and peace insurance issues.

Baranov’s works can be found at the largest world’s collections: Tretiakov State Gallery and State Pushkin Museum (Moscow), State Russian Museum and State Museum of St. Petersburg History (St. Petersburg), at Moscow Modern Art Museum, at many other museums in Russia and foreign collections. A participant of Moscow, all-Russian, all-Union, foreign and international exhibitions, including of such large and prestigious projects as the International Triennale of Pictorial Arts (Belgrad), the Exhibition and International Arts Auction organized by UNESCO (France) and others. The sculptor’s solo exhibitions take place in cites of Russia and in a number of foreign countries. In the 200s, the sculptor’s works were set up in the stage of Moscow Taganka Theater, included into the stage action of Yu.P. Liubimov’s productions of “Evgeniy Onegin” (sculpture masks of A.S. Pushkin) and “Theatrical Novel” (the sculpture “Golden Horse”) and the series of works dedicated to A.S. Pushkin was permanently exhibited in the the lobby of the Vakhtangov Theatre.

3. Martynov Vladimir Ivanovich – a Russian composer, musicologist and philosopher. A graduate of Moscow Conservatory (the class of composition by N. Sidelnikov). A prizewinner of the State Award of the Russian Federation (together with T. Grindenko).

Martynov’s passion for electronics and rock music was combined with the in-depth study of various Eastern religions and cultures, philosophy of the East and the West. He undertook a series of folklore expeditions to various regions of Russia, to northern Caucasus, Central Pamir and mountainous regions of Tajikistan. Martynov studied music and musical theorizing of the Medieval and Renaissance era in Europe. In 1978 Martynov gave up his composer’s work. In 1979-1997 he worked as a lecturer at the Ecclesiastical Academy of Holy Trinity-St. Sergius Laura. He worked to transcript and restore monuments of Old Russian liturgical singing, studied old singing manuscripts in a number of monasteries. In 1984 Martynov began composing music again, now clearly demonstrating the trend to canon.

Vladimir Martyov composed music to over 50 television projects and films. He also writes music for theatrical performances by Yuri Liubimov, Anatoly Vasiliev and others. In 1997, Yu.P. Liubimov invited him for cooperation and they worked together until the death of the master (they completed 15 works).

V. Martynov is one of the founders of the Center for development and support of new music “Devotio Moderna,” he has an author’s (elective) course of musical anthropology at the Department of Philosophy of Moscow State University. He is the author of books on music (The History of Liturgical Singing, Singing, Playing and Praying in the Russian Liturgical Singing System, The Culture, Icons and Liturgical Singing of the Moscow Rus, The end of Composers’ Times and others).

Here are only some of the composer’s musical works performed all over the world: “Apocalypse,” “Lamentations,” “Magnificat,” “Opus Posthumum,” “Stabat Mater,” “Requiem.”