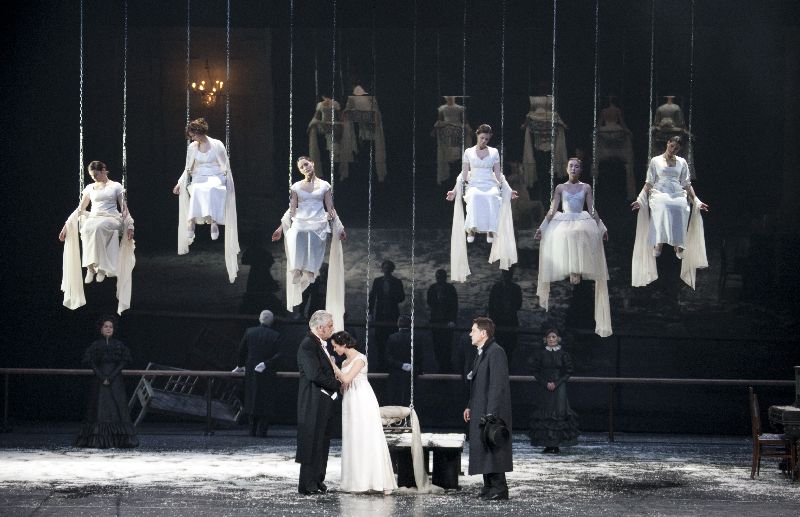 February 8, the production of the Vakhtangov Theatre “Eugene Onegin” staged by Rimas Tuminas will be presented in the frameworks of the XXIII Pushkin Theatre Festival, in the Media Lounge of the Pskov theater at 6 p.m. The TV version of the performance will be introduced by a well-known theater critic Valentina Fedorova.

The run of “Eugene Onegin” will be followed by a discussion on its creation, the director’s work on Pushkin’s text, the world tour of the performance, and today’s life of the Vakhtangov Theatre and its ongoing premieres.