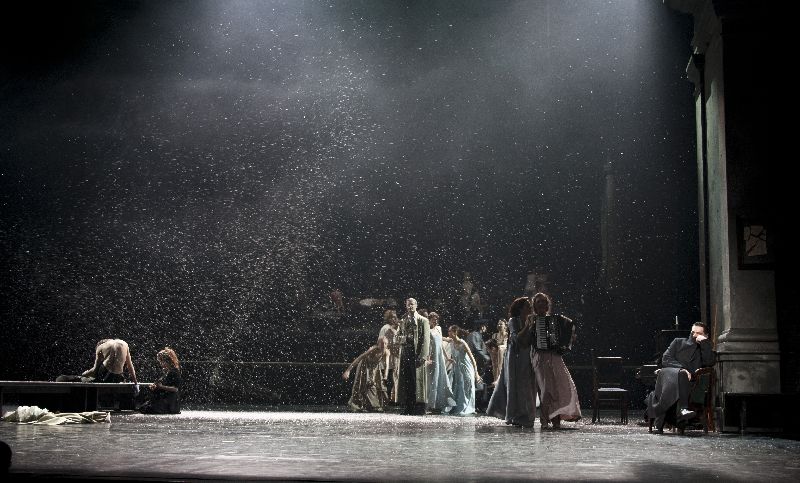 The award-winning performance “EUGENE ONEGIN” (Selected chapters from the novel in verse) staged by Rimas Tuminas continues touring all over the world. After a roaring success in New-York, Boston, Toronto, London, Tel-Aviv, Paris “EUGENE ONEGIN” comes to Berlin and Mainz in Germany.

The performance participates in the project “LA SAISON RUSSE”.

The schedule of the tour:

Among the touring cast of the performance are also the National Artists of the Russian Federation Liudmila Maksakova and Irina Kupchenko.

The novel in verse by Alexandr Pushkin was called “an encyclopedia of Russian life” in the XIX century: the scenes of everyday life, ideas, moods and habits of Russian people in the capital and provinces are seen through Pushkin’s main storylines. Rimas Tuminas’ production also reaches out beyond the main plot and leaves much room for reflection.

Trailer of the show with German subtitles

Tickets are available at: http://bilet.kartina.tv/teatr-im-vahtangova-evgenij-onegin