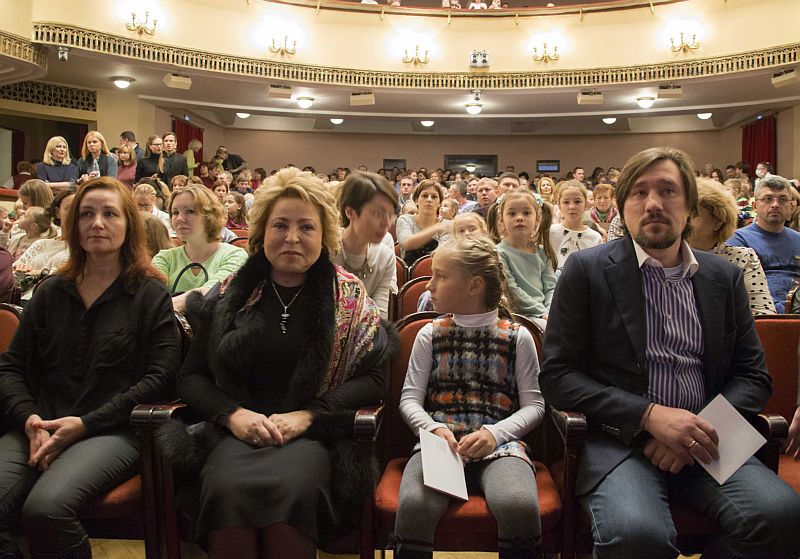 This time it was the show for children: “Puss in Boots”. Valentina accompanied her grand-daughter Arina. 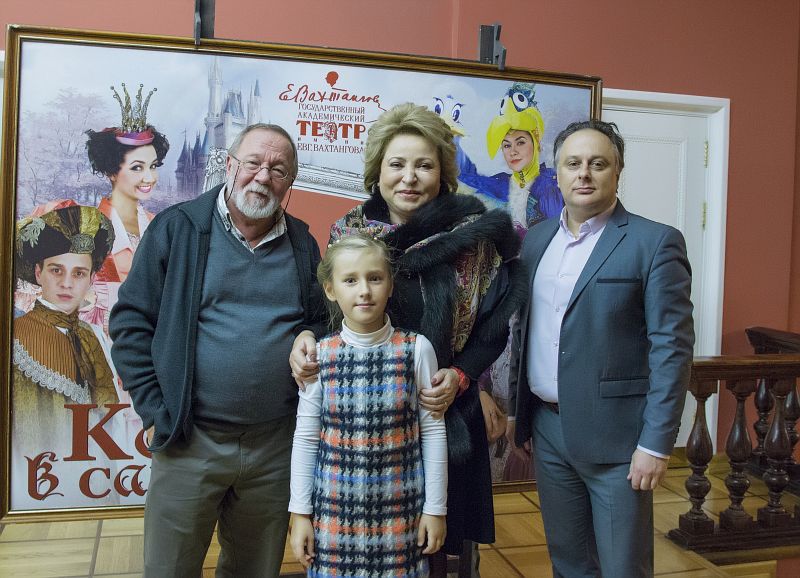 At the image : the director of the show Vladimir Ivanov, Valentina Matviyenko and Arina, the general manager of the theatre Kirill Krok.