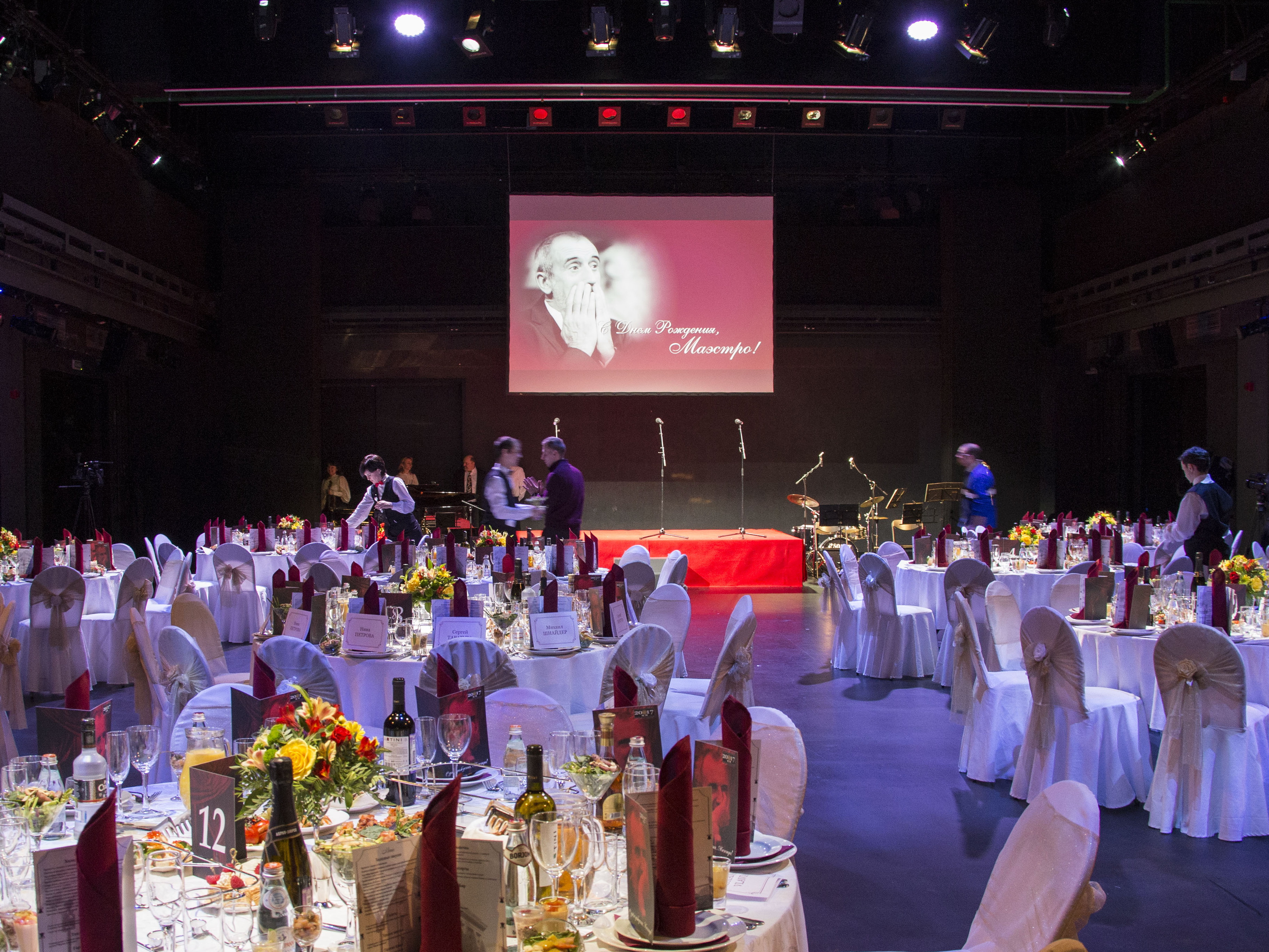 2017 is a special year due to two outstanding dates: Rimas Tuminas has been leading the Vakhtangov Theatre for the decade, and on the 20th of January Maestro is celebrating his 65th anniversary. Jubilee festivity took place at the New stage of the theatre.

Dmitry Medvedev, Prime Minister of the Russian Federation, congratulated Rimas Tuminas on this jubilee: “Dear Rimas Vladimirovich! Please accept my cordial greetings and best wishes! You are an exceptionally talented director with exclusive creative features. Your brave experiments result in such unique performances as ‘Masquerade’, ‘Eugene Onegin’, ‘Landing stage’, ‘Wind in the poplars’, ‘Troilus and Cressida’ and ‘Uncle Vanya’. Your shows are splendid and picturesque, your actors are shiny stars and your scene design is magnificent. Your performances invite theatre audience to adventures in time and space, immersing to the atmosphere of various epochs. Once you mentioned that wanted to be a theatre director in order to learn how to stage Chekhov’s plays. And you stage them brilliantly. There is a bright evidence of these words, namely – always full house and ceaseless applause. Wishing you health, inspiration, and success; wishing all of us more and more new and interesting projects initiated by Rimas Tuminas, Dmitry Medvedev. My wife joins me wishing you the very best”. 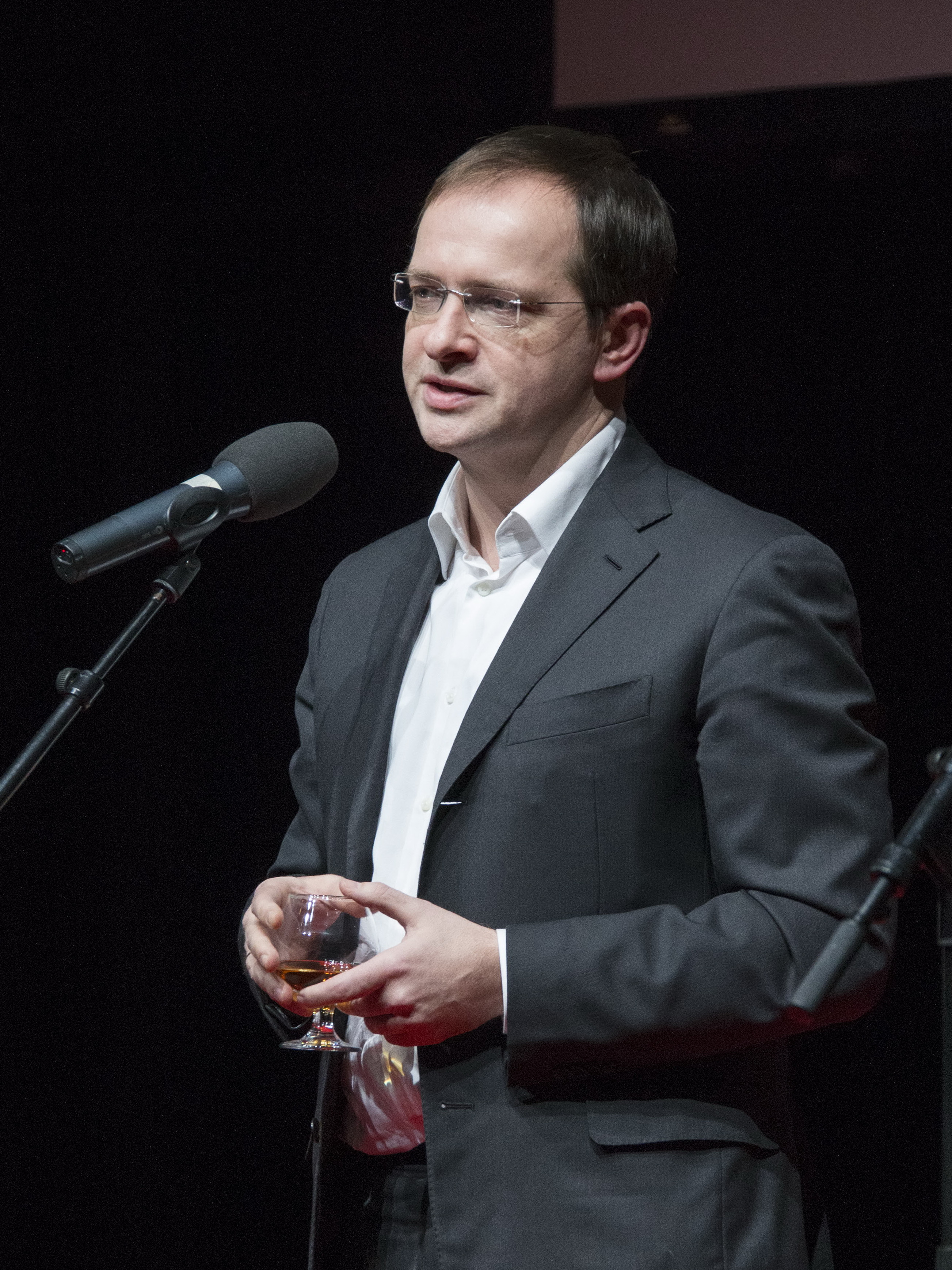 Vladimir Medinsky, the Ministre of Culture of the Russian Federation visited the jubilee party and addressed Rimas Tuminas. “Dear Rimas Vladimirovich! Let me speak of the Vakhtangov Theatre today. It is believed that ministers should not express their personal views, give positive or negative assessments. But I’ll brake this tradition, I cannot but declare openly my passion to the Vakhtangov Theatre. First of all, it is the exemplary theatre economy and management effectiveness wise. Second of all, I love performances of the Vakhtangov Theatre very much, while my wife does not miss a single new show. And finally, I’m very fond of the theatre team. I reckon that the spirit brought by the founder of the theatre, the family spirit is alive here. It is based on mutual support and care, and management attention to all employees. It is alive because everybody contributes his or her talent, virtue, and time towards joint success. The Vakhtangov family spirit reigns in this theatre. This would not be possible if not for you, for the art director, for our dearest Rimas Vladimirovish! Thank you so much! Happy birthday, happy jubilee! Thank you for our beloved theatre! I wish you splendid health and the best of luck”.

The festivity was full of refined irony, so characteristic of Maestro Rimas Tuminas, the Art director of the Vakhtangov Theatre. 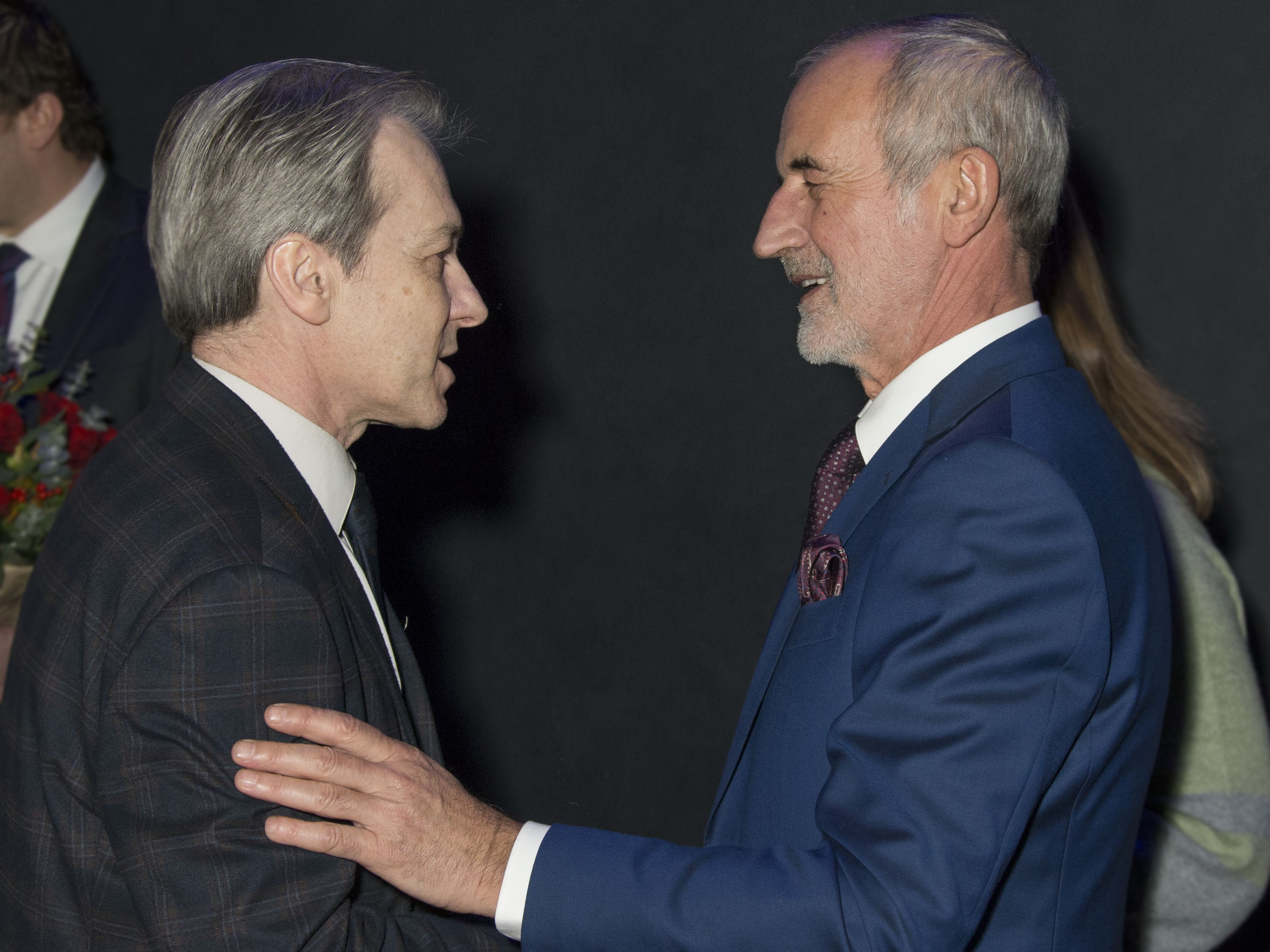 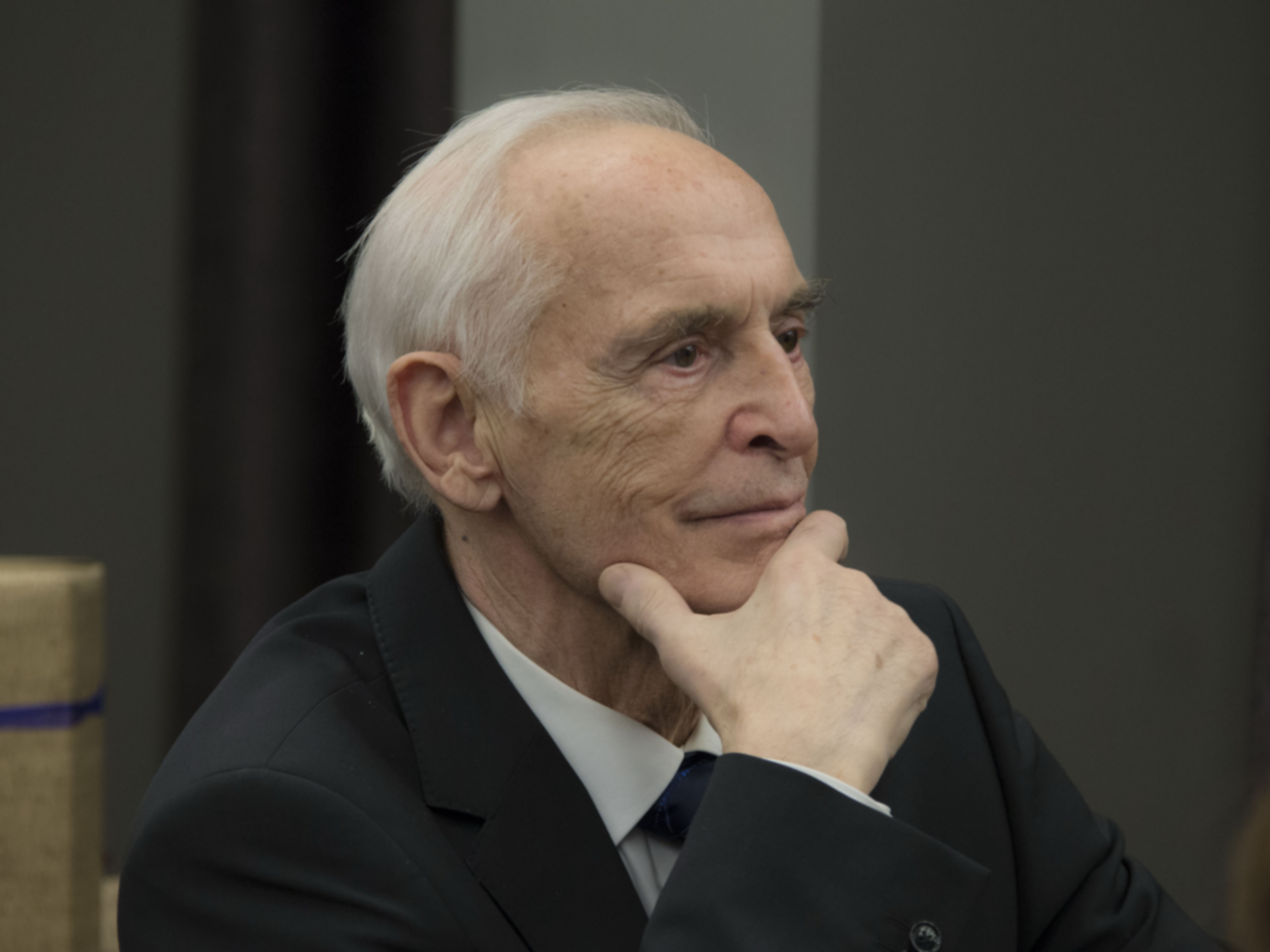 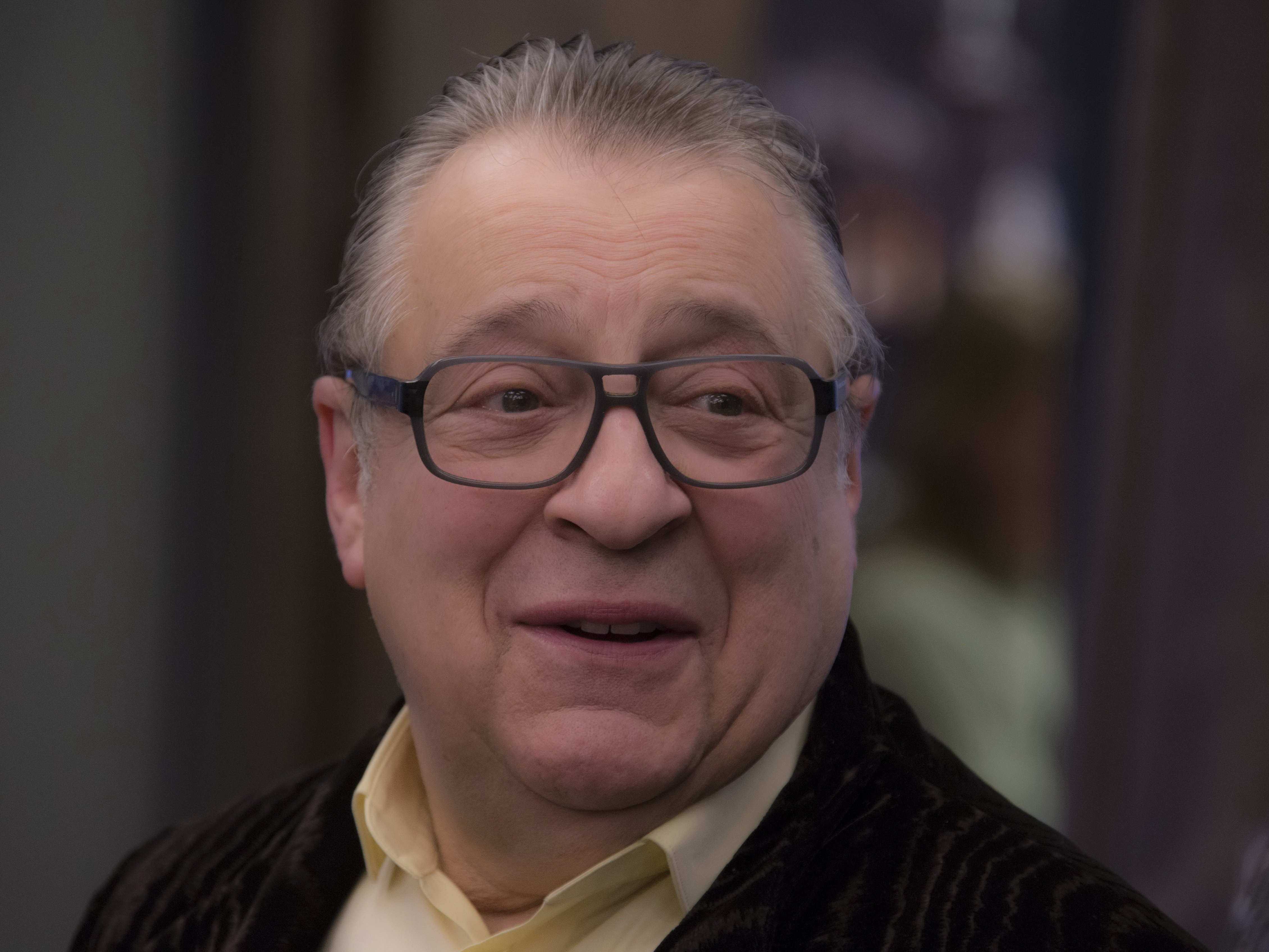 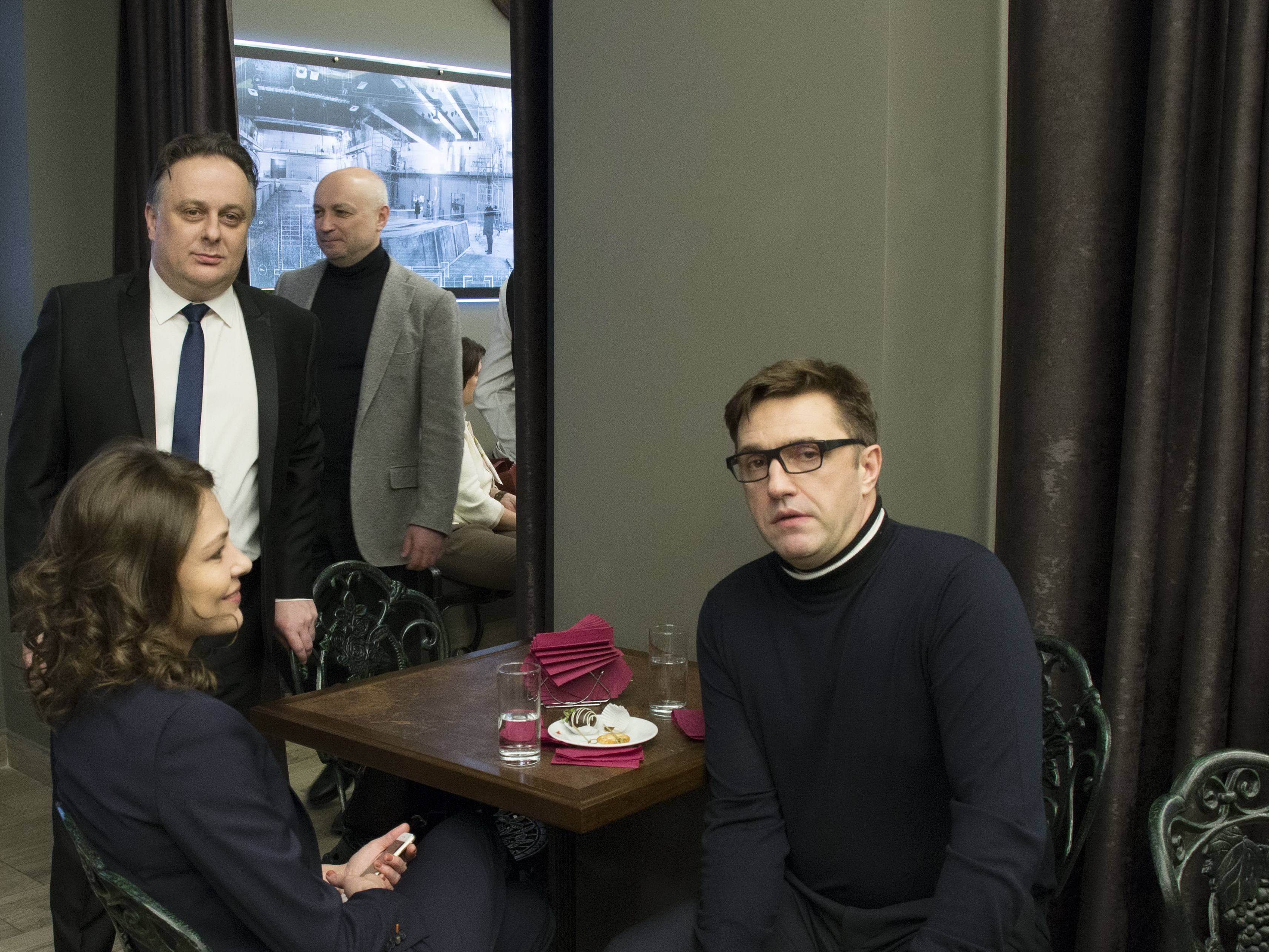 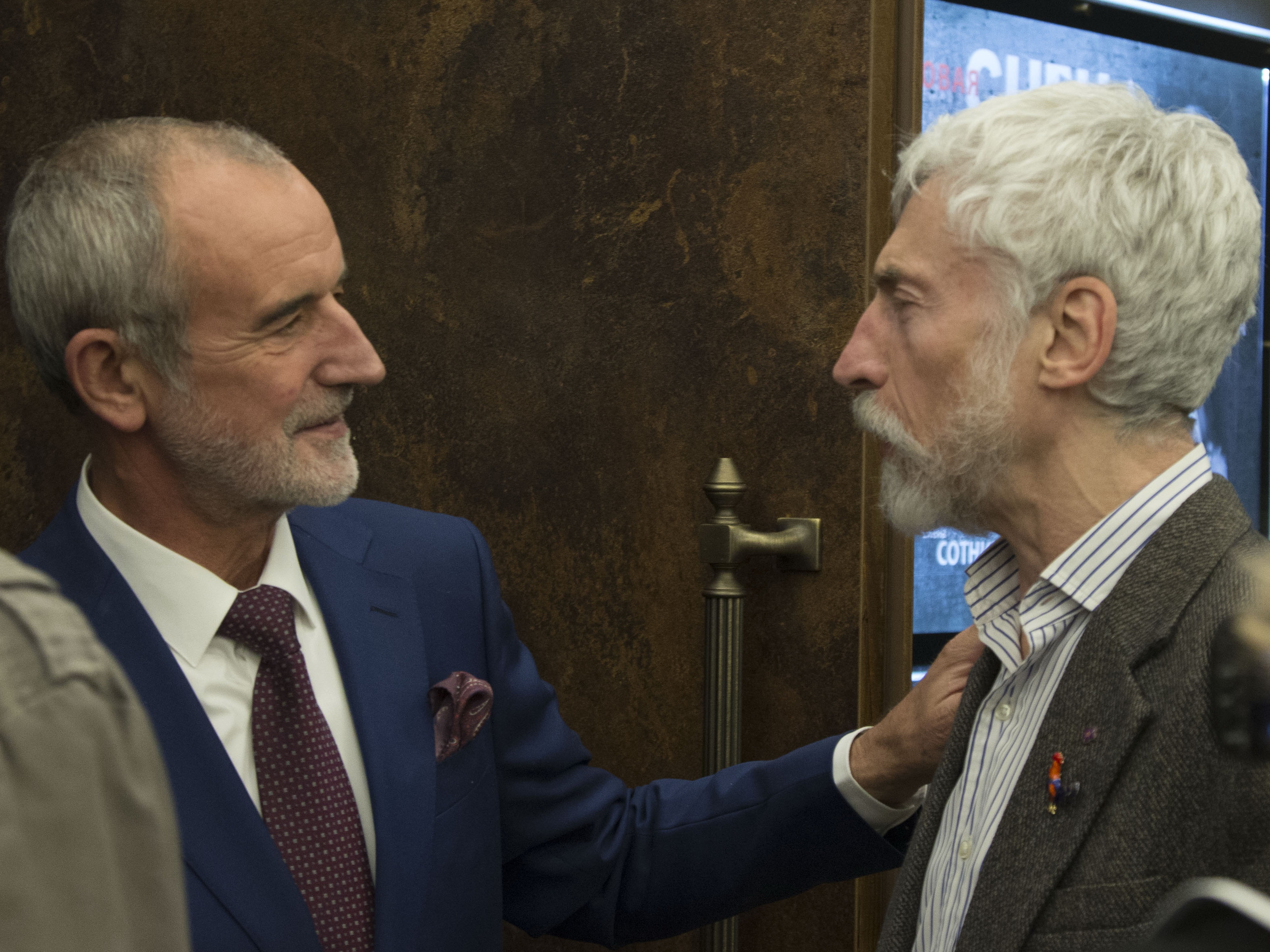 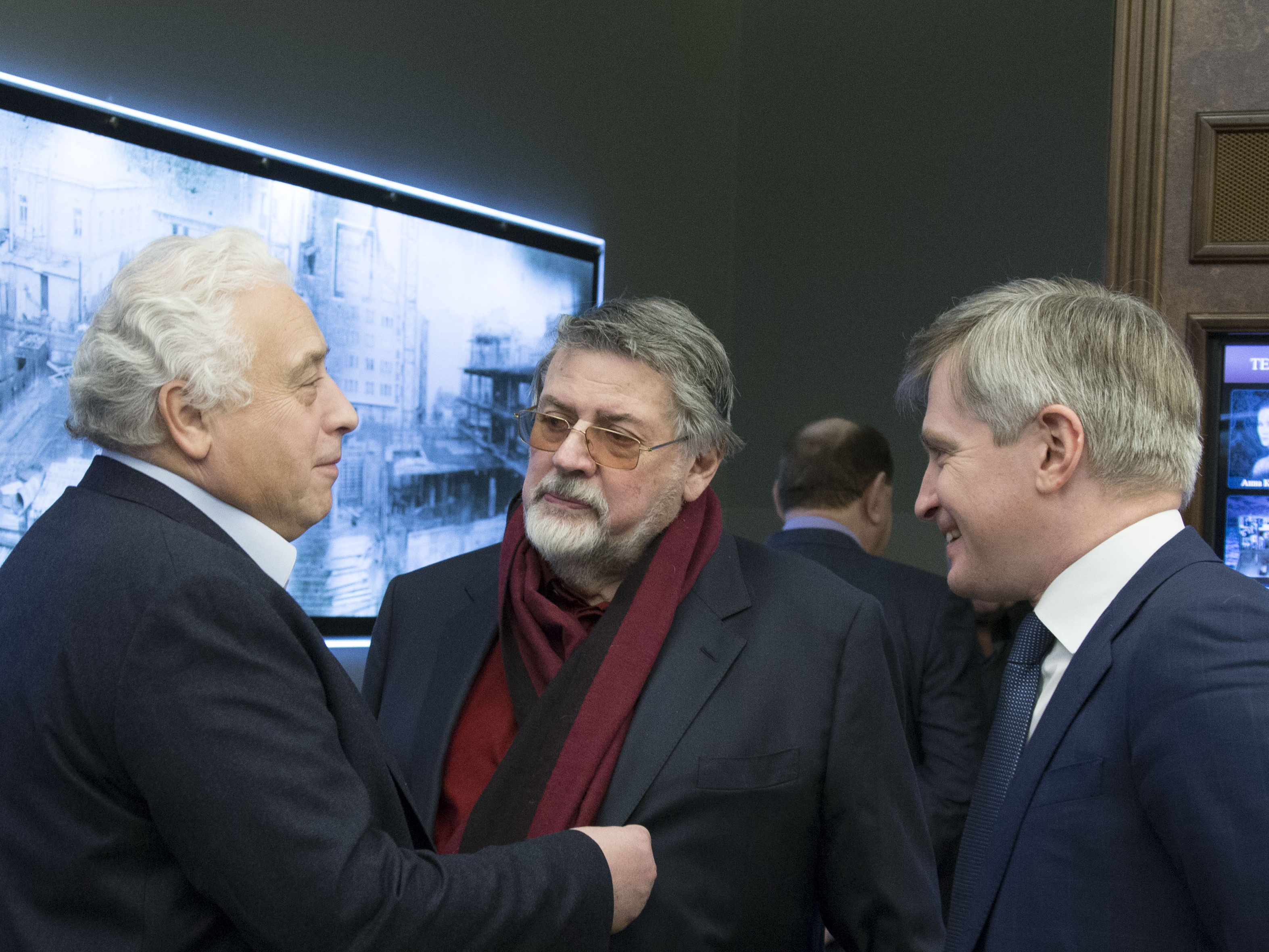 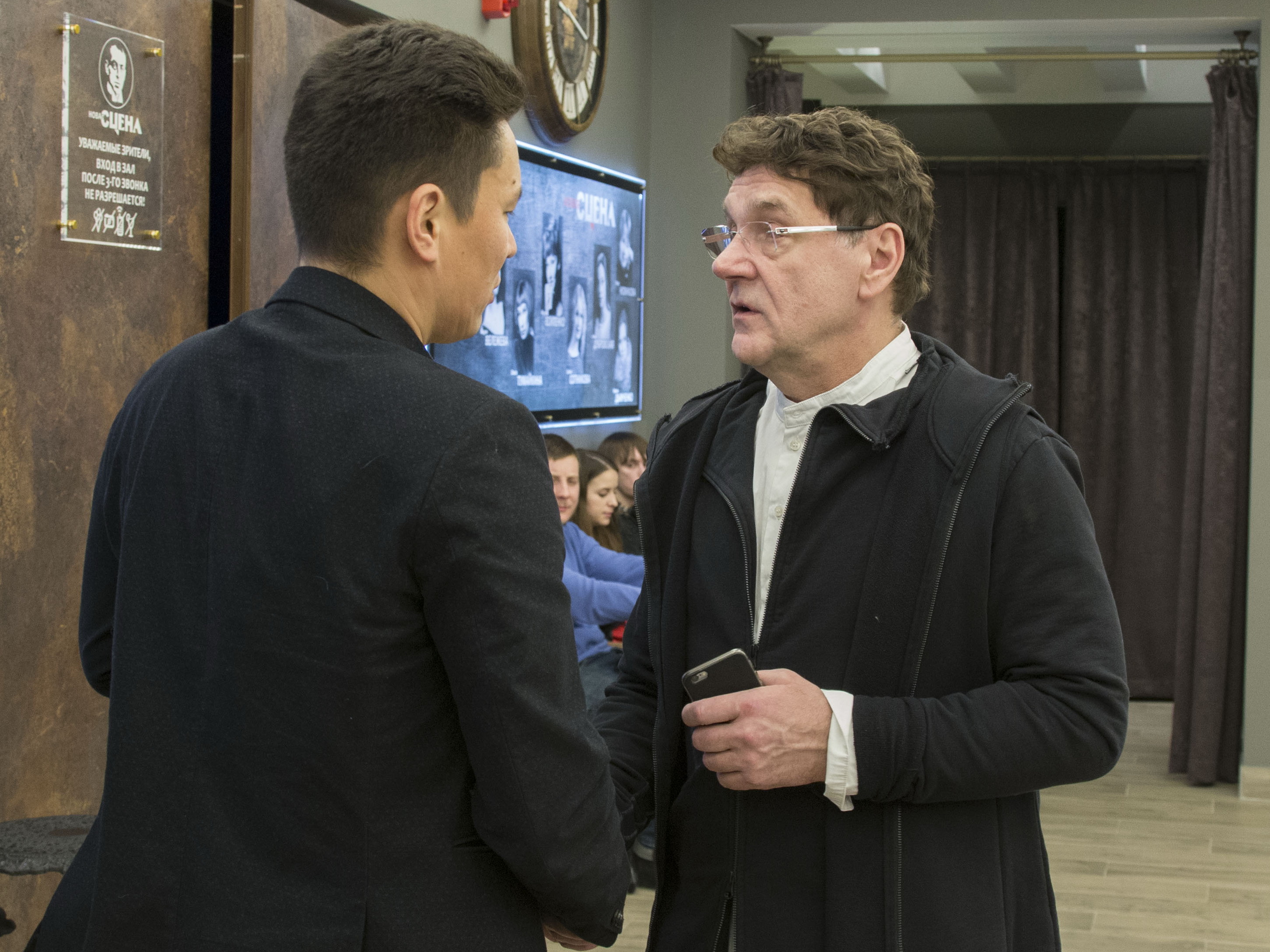 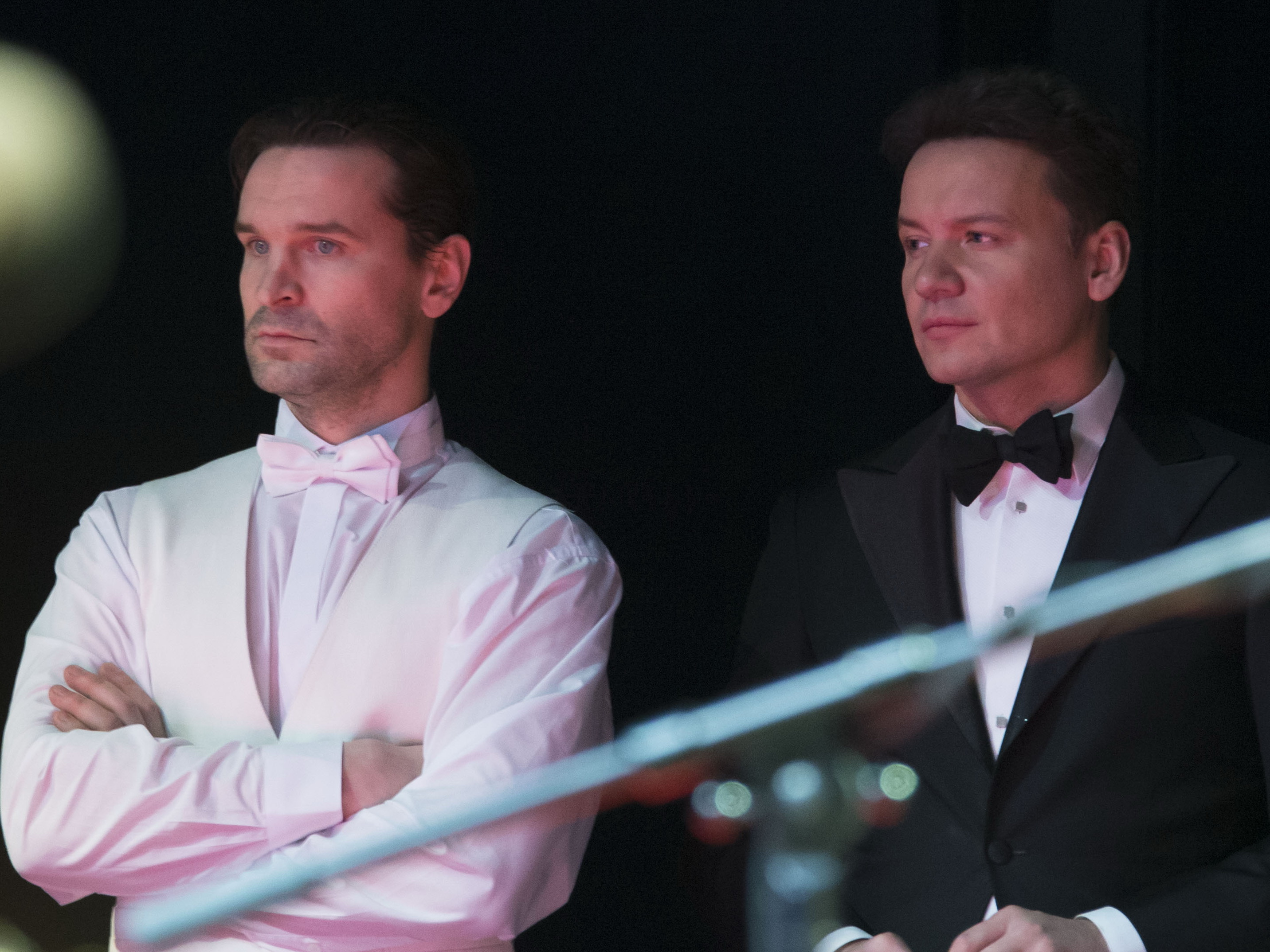 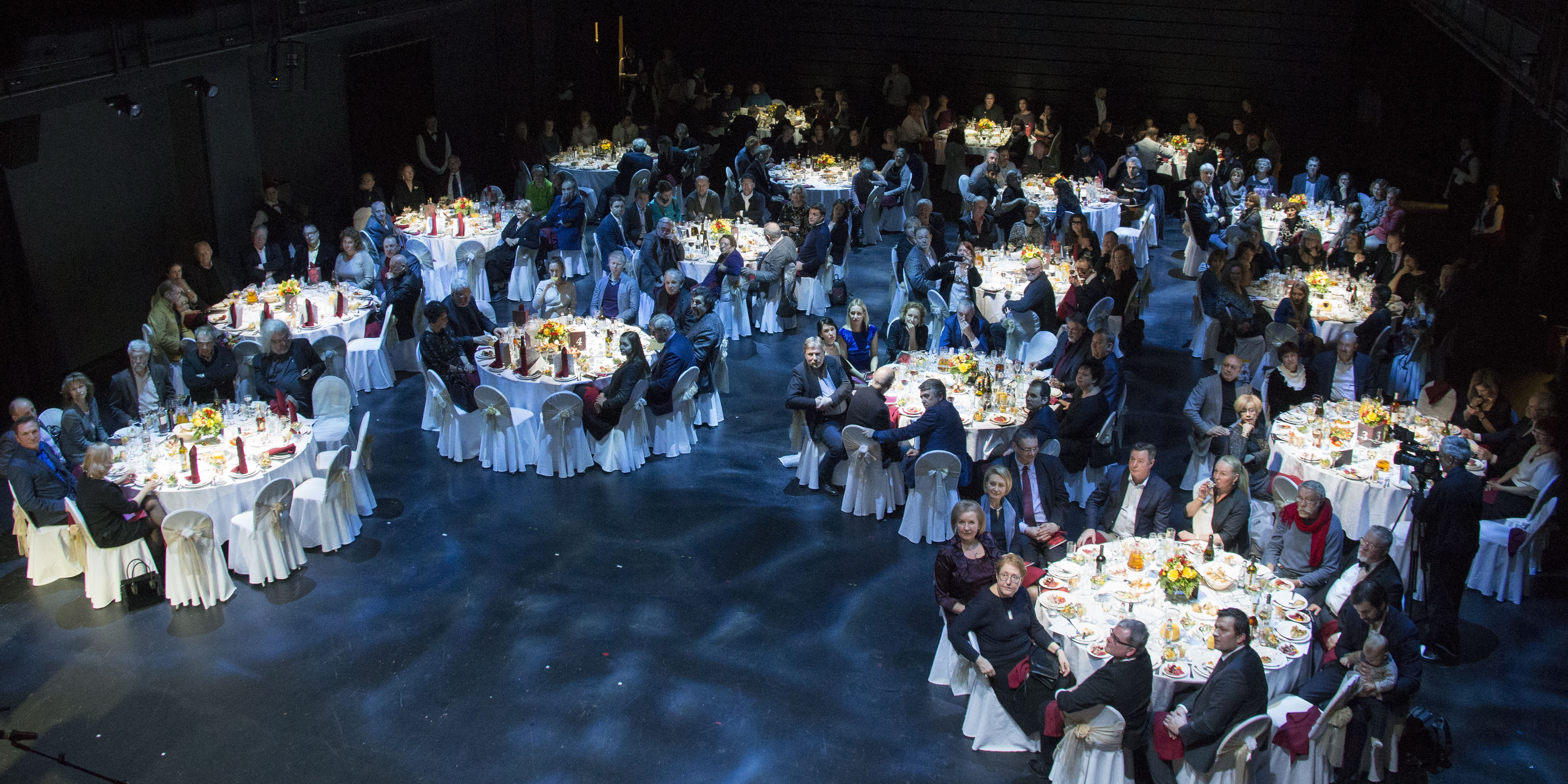 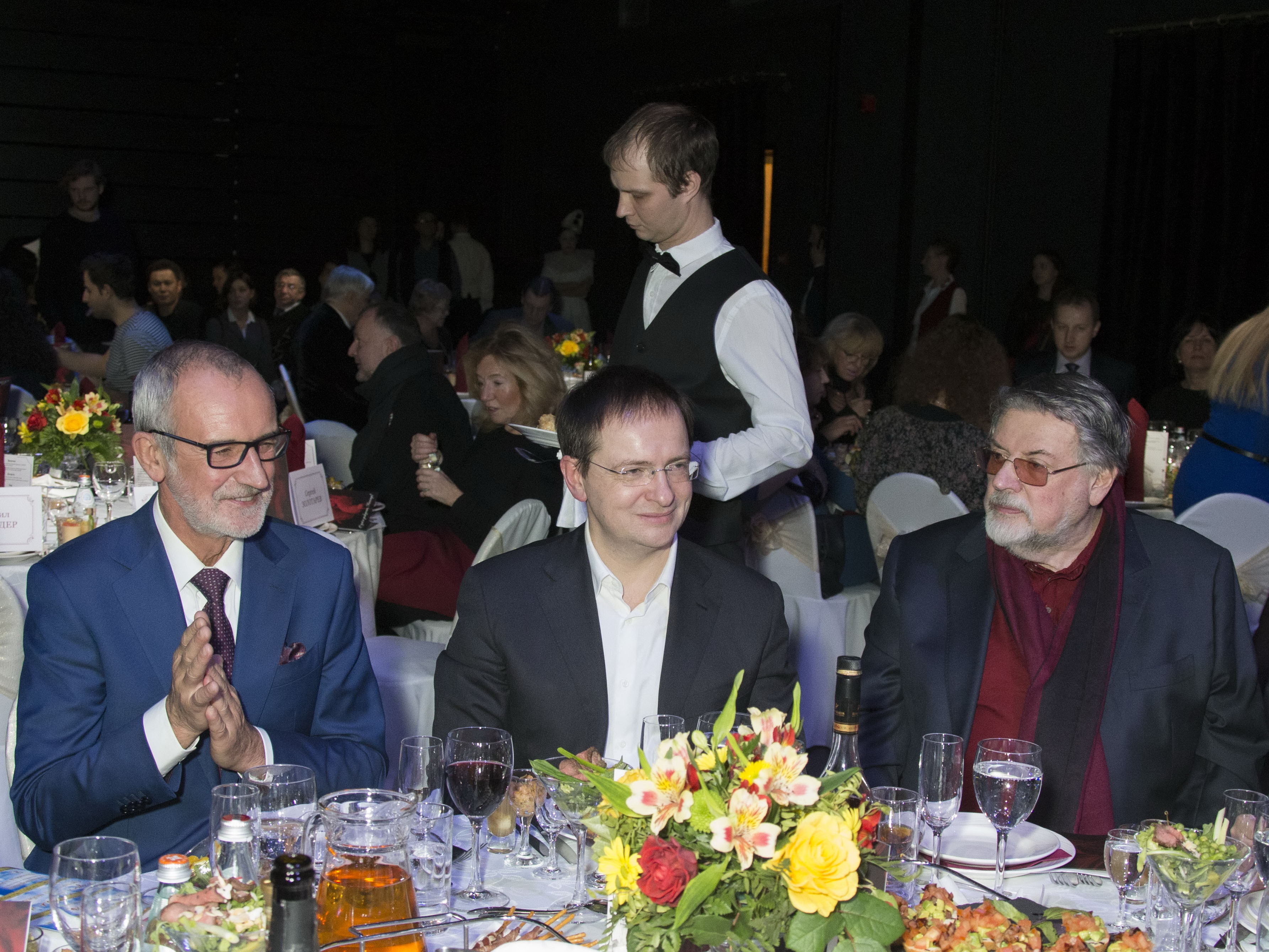 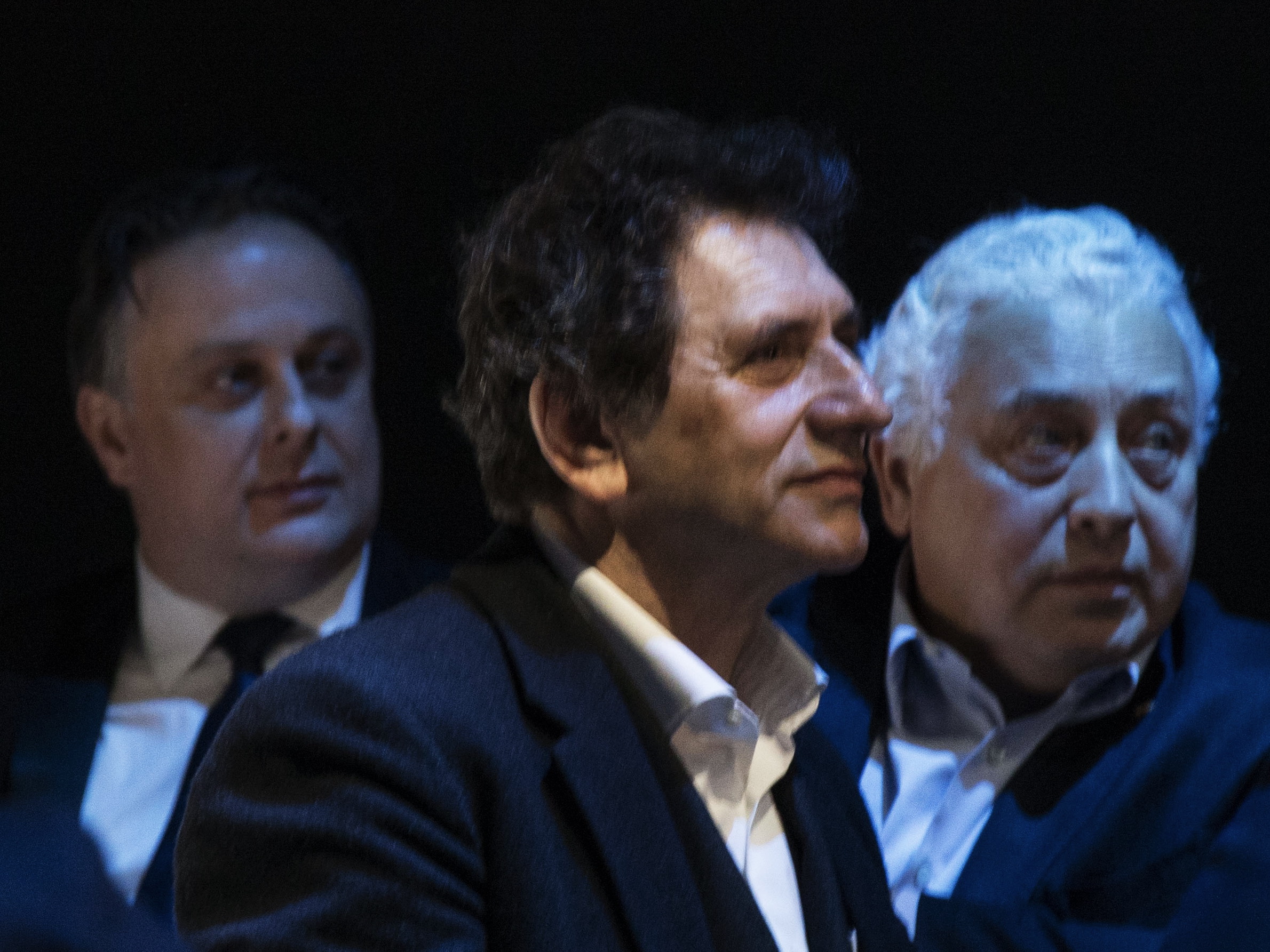 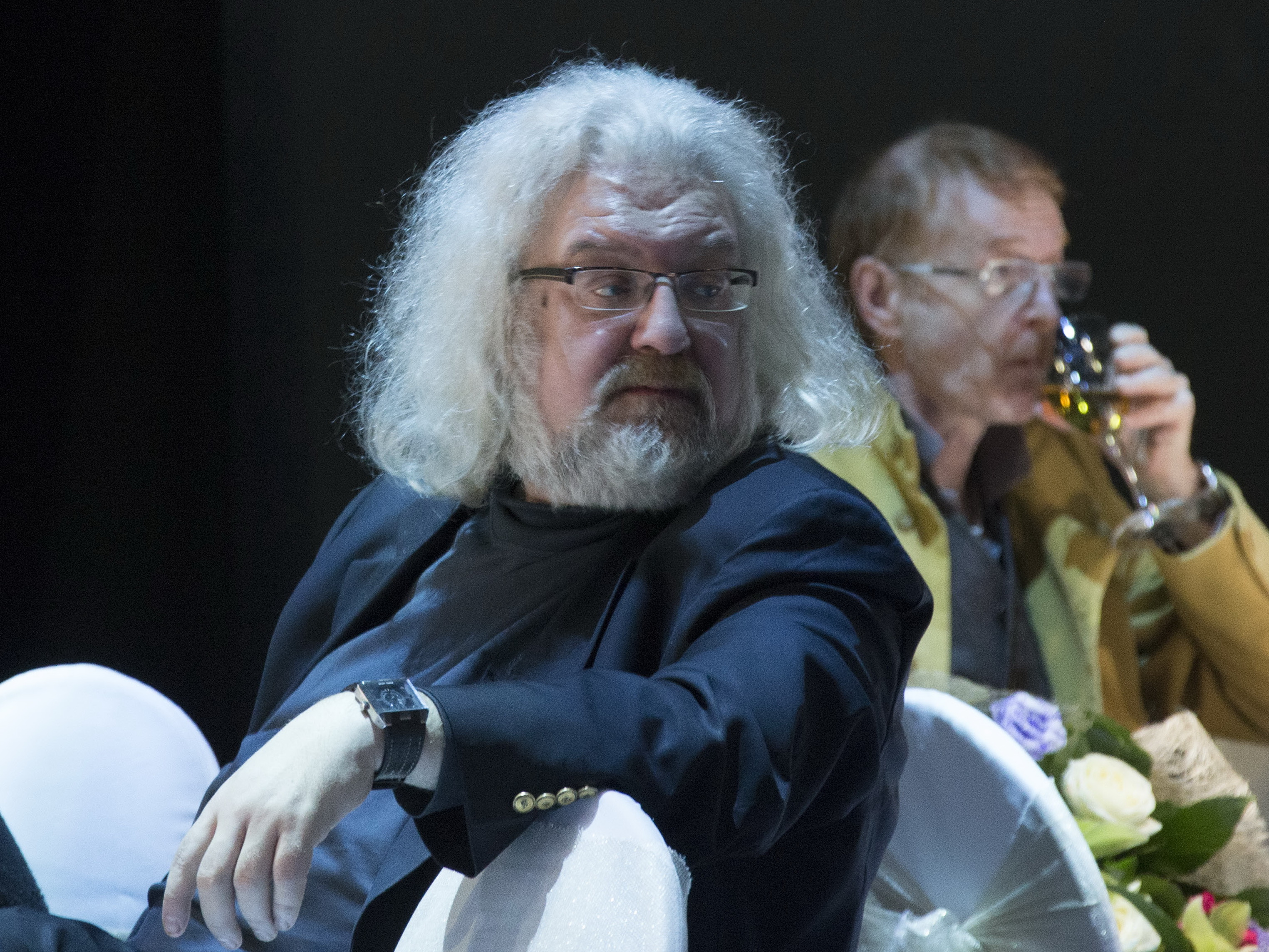 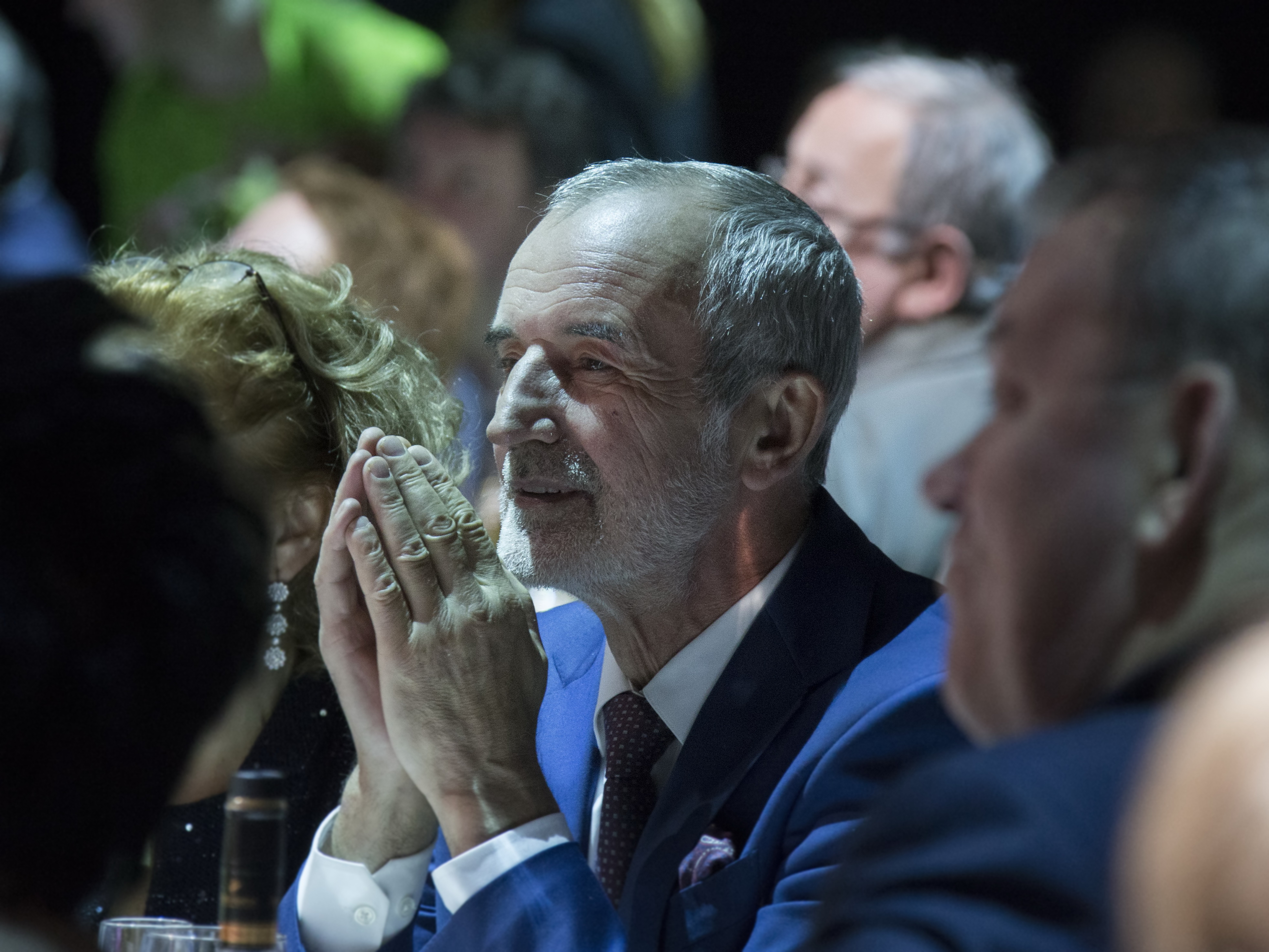