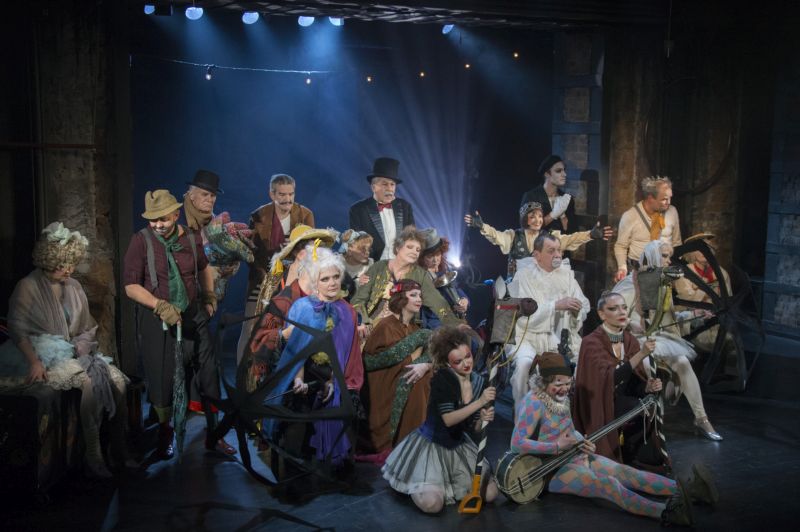 Ekaterina Simonova, the director of the show, says: “‘The Jesters’ Night’ is a performance about actors.  To me, it’s about a family I was born in, people who brought me up, people among which I live and work now.  The most amazing fact is that our fortune allowed these people to appear, to act on stage in ‘The Jesters’ Night’.

There is a parable about a fool, a clown. He says; “Make good use of your life. If you are alive, jump and hop, gesture, make noise, laugh and cry, but keep doing something… Since life is the opposite side of death.  To die is to stop acting, to become quiet… If you are quiet and still, you don’t live, you are not alive”. This is what our performance is about”.