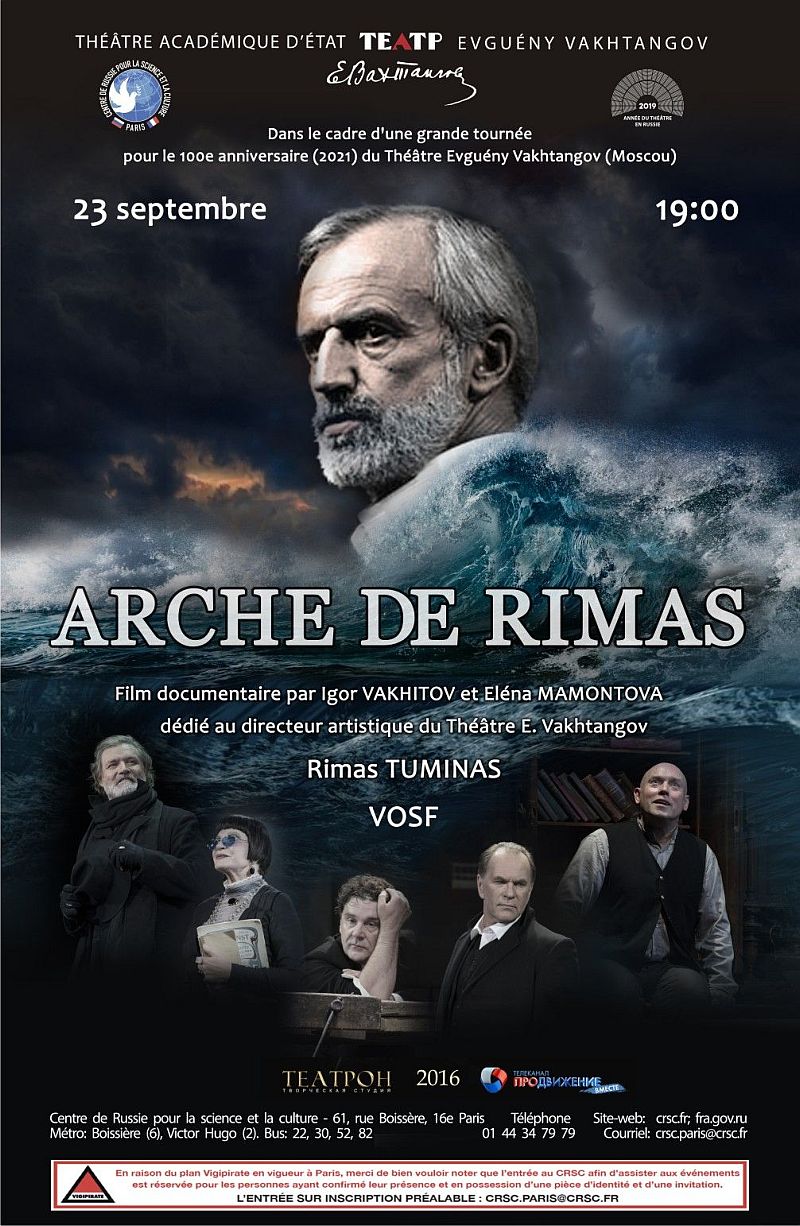 The movie ‘The Rimas’s Arc’ by ‘Theatron’ was presented at the Russian Centre for Culture and Science in Paris (Centre de Russie pour la science et la culture à Paris) during the tour in France of the Vakhtangov Theatre.

It is a documentary movie that focuses on the artistic method and concept of Rimas Tuminas. It was filmed in Moscow as well as Vladicaucasus and Omsk. Vladicaucasus is the home city of Eugene Vakhtangov, the famous establisher of our theatre. In Omsk the Vakhtangov theatre worked in evacuation during World War II.

The movie was produced by Elena Mamontova and Igor Vakhitov.

Meanwhile, our big tour in Paris goes one. Two more showings of ‘Eugene Onegin’ and six showings of ‘Uncle Vania’ are left. Book your seats at: