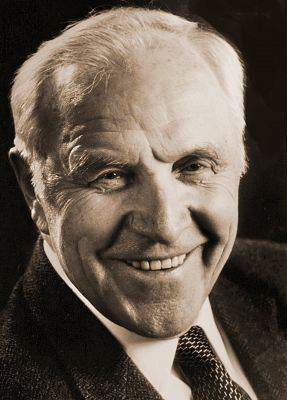 Michael Ulyanov (1927–2007) was an extremely popular Soviet and Russian actor. He played dozens of roles on stage and in cinema. He will be remembered for his interpretation of Georgy Zhukov eternally (‘Liberation‘).

Georgy Zhukov (1896 – 1974) was Marshal of the Soviet Union. During the Second World War, Zhukov oversaw some of the Red Army’s most decisive victories. In recognition of Zhukov’s role in the war, he was chosen to accept the German Instrument of Surrender.

Among other famous works by Michael Ulyanov are Dmitry Karamazov (‘The Brothers Karamazov’) and Ivan Afonin (‘Voroshilovsky Shooter’).

Michael Ulyanov was the artistic leader of the Vakhtangov Theatre in 1987 – 2007.

Moscow City Government order signed on the 24th of March, 2020 declares that the monument to Michael Ulyanov is to be installed in the Mikhailovsky Garden in Moscow by the end of 2022.