The Golden Mask is a National Theatre Award established in 1993 for productions in all genres of theatre art: drama, opera, ballet, modern dance, operetta, musical, and puppet theatre.

Apart from the main (competition) programme, the Festival organises a number of other significant events and projects, with a special focus on the promotion of Russian theatre and presentation of the best Russian productions in Russian cities and abroad.

The Golden Mask Awards are given to the winners at the Awards Ceremony that takes place on the last Festival day in one of the most prestigious Moscow venues. The Golden Mask Ceremony is widely covered by the press and broadcast by a central TV channel.

This time our artistic leader Rimas Tuminas receives the Golden Mask for the contribution to theatre art. 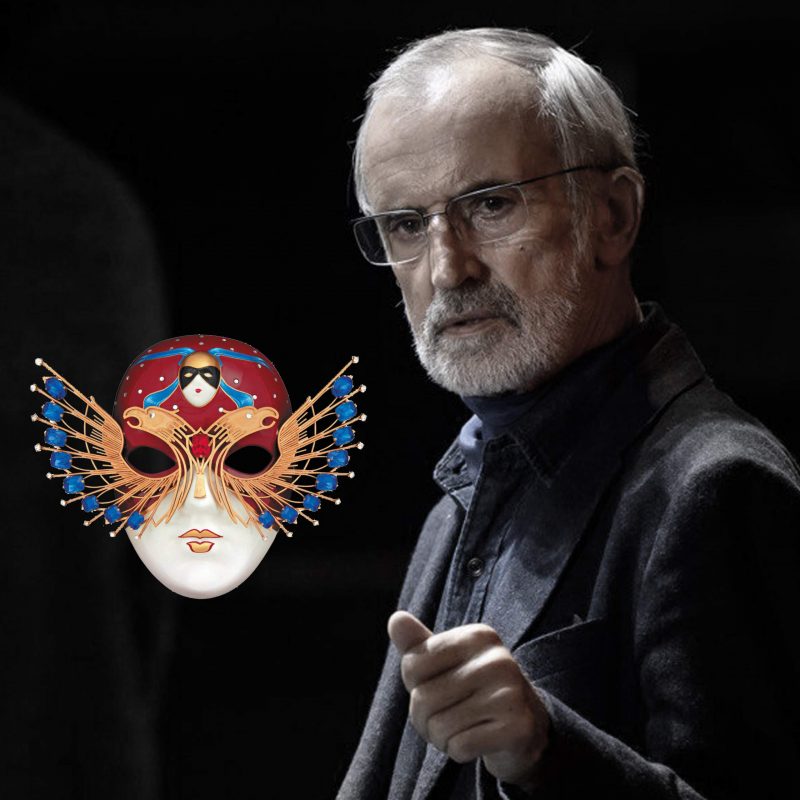 In 1999, he won the Golden Mask for the production ‘Masquerade’ at the Maly Theatre of Vilnius (Lithuania) in the category Best foreign play (there was a tour in Russia in 1998).

In 2013, the epic and magnificent performance ‘The Haven’ (produced for the 90th anniversary of the Vakhtangov Theatre celebration) received a Special prize in drama.

In 2014, Rimas Tuminas won the Golden Mask as the Best director for the production ‘Eugene Onegin’.