This day is celebrated worldwide. This is a festivity for all who can see the value and importance of the theatre art, and acts as a wake-up-call for governments, politicians and institutions which have not yet recognised its value to the people and to the individual and have not yet realised its potential for economic growth.

Each employee of the Vakhatngov Theatre receives a voting paper. And each employee can be nominated: actor, director, stage hands, light designer, sound engineer,  stage manager, costumer, accountant… everyone. The election is held every 2 years. So, in 2021 we’ve been holding the ‘Theatre Man’ Award ceremony for the 4th time.

The symbol of the ‘Theatre Man’ Award is a golden brooch with enamel and diamonds in a shape of a lilac branch. The lilac was Eugene Vakhtangov’s, the establisher of our theatre, favourite flower. The Award is designed by our chief painter Maxim Obrezkov.

Our congratulations to our colleagues, the best Theatre Men and Women! 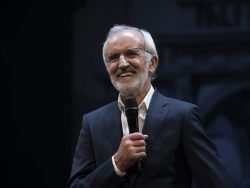 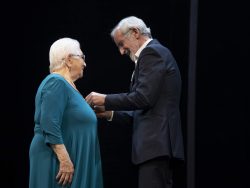 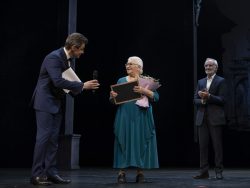 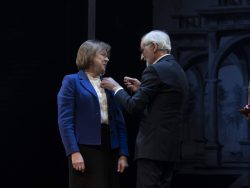 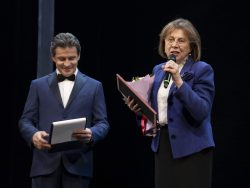 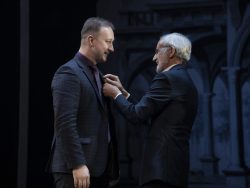 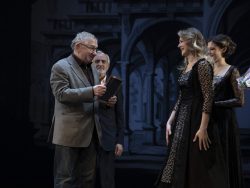 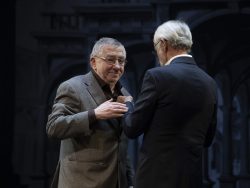 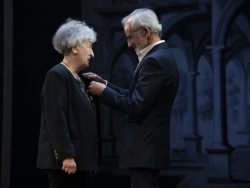 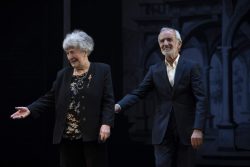 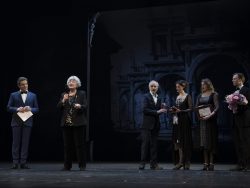