Eugene Vakhtangov is a world-known theatre director of the XX century. He created the new line of theatre art, theatre school and theatre at Arbat street (the heart of the capital of Russia). The Vakhtangov Theatre in Moscow turns 100 in 2021. One of our major cultural projects devoted to the jubilee is the establishment of the Vakhtangov Cultural Center at Vladikavkaz, the Fatherland of Eugene Vakhtangov. 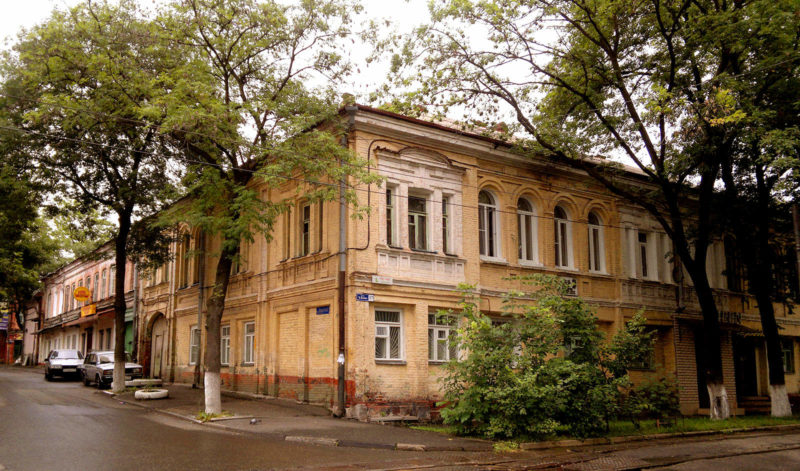 Eugene Vakhtangov (1883–1922) spent his youth in the family house at Armianskaya street in Vladikavkaz. Vakhtangov started his theatre career and staged first productions in North Ossetia and departed to conquer Moscow at the age of 20.

At least two productions by Eugene Vakhtangov turned into Russian theatre legends. They are the ‘A miracle of Saint Antony’ by Maurice Maeterlinck and ‘Princess Turandot’ by Carlo Gozzi. His creative vision and philosophy influence the European theatre even now.

A statue of Eugene Vakhtangov was unveiled in Vladikavkaz in 2013. But only a humble plaque marks the house where the famous director was born.

The Vakhtangov Theatre will provide lots of documents, photos and other materials for the future museum in Vladikavkaz. Ground floor of the building at the end of the XIX century was occupied by a tobacco shop which belonged to Vakhtangovs family. So, we wish to construct a chamber theatre venue there.

We are planning to organize about 6 events per month at the venue. The Vakhtangov Theatre in Moscow has a similar chamber stage, the Art-café. The project of the Art-café has already proved to be successful. We can be sure that the new museum and the theatre venue in Vladikavkaz are to become popular.

The building should be put into federal property. At the moment the former Vakhtangovs family rooms are shared apartments (facilities are located in an inner yard), the whole construction itself is in a poor condition.

The Vakhtangov Theatre brings a huge part of the necessary sum into the project of the cultural center. Sponsors will also help us. Yet, it won’t be enough without your support. Crowdfunding is launched at: https://planeta.ru/campaigns/vakhtangov