Laureate of the State Prize of the Russian Federation

Vladimir Vladimirovich Mirzoev was born 21 October, 1957. In 1981 he graduated from the directing department of The Moscow Lunacharsky Institute of Theatre Arts (Mark Mestechkin’s workshop). 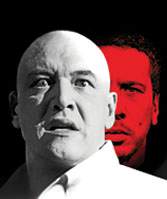 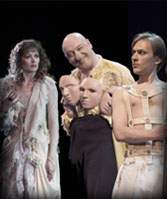 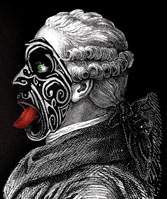 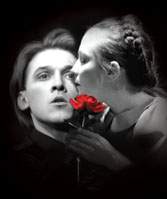 1992 – “Veinna Oedipus” 8-minute feature film. It was filmed in collaboration with Dmitri Belopolski and Annaliisoy ewicki with the participation of actors from Horizontal Eight Theatre Company, Toronto. The film was selected for display at the 11th World Festival in The Hague, Netherlands in April 1993
1993 – “Summer in the Cherry Orchard,” 47-minute documentary about the descendants of the family Chicherin from Canada, USA and England, who returned to Russia after the fall of the communist regime. The film commissioned by Channel TV Ontario, Canada. Production – Lucid Film Company Ltd.. and Ann Bromley Productions.
1993 – “Invisible Minority” is a 45-minute documentary about the Russian “refugee”, living illegally in Canada. Film was commissioned by CBS television on-Sea. Production – Lucid Film Company Ltd..
1997 – “Love” the 52-minute drama play after the play of Lyudmila Petrushevskaya. The film is made under the order of RTR (Russian State TV and Radio), the production – cooperation “Lad”.