Born on November 27 in Minsk (the USSR, Belarus).

In 1994 Anna Dubrovskaya graduated from the Boris Shchukin Theatre Institute (Vladimir Ivanov’s course) and joined the Vakhtangov Theatre company, though she already had been performing Turandot (‘Princess Turandot’ by Carlo Gozzi) while being a student.

Also during her education in the institute Anna Dubrovskaya was starring as Princess Tarakanova in the play ‘The Imperial Hunt’ by Leonid Zorin directed by Vladimir Ivanov. Later the play was transferred to the Vakhtangov Theatre main stage

Selected roles in other theatres also include Natalia Dmitrievna (‘Woe from Wit’ by Alexander Griboedov), Lucia (‘Kitchen’ by Maxim Kurochkin) in the Theatre Fellowship 814; Lady Capulet (‘Romeo and Juliet’ themed on William Shakespeare staged by Robert Sturua); She (‘The planet’ by Evgeny Grishkovets); Ranevskaya (‘The Cherry Orchard’ by Anton Chekhov) in the LAtheatre.

Anna Dubrovskaya is splendid in various roles. Her characters can be delicate or furious, sensuous or mysteries, naive or monstrous. And each of them is performed with a strong talent and wit. 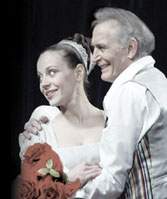 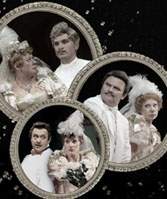 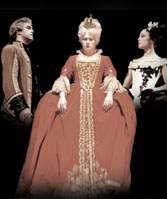 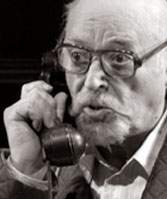 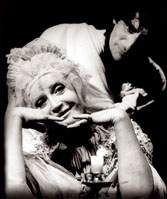 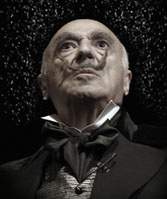 The Seagull Award in nomination “Charming Woman” (Much ado about nothing, Malaya Bronnaya Theatre)